Italian cruise ship to make port call in Seychelles on Oct. 20, first of 50 expected this season 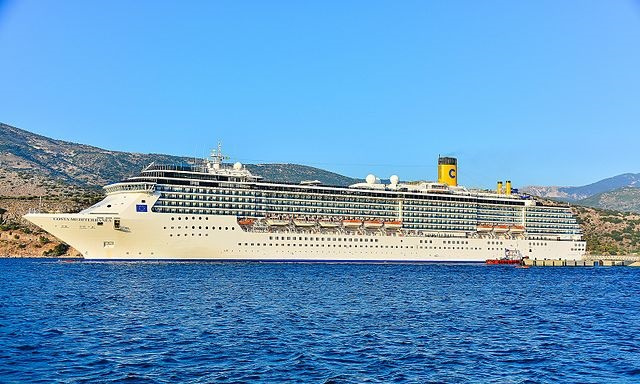 The vessel, with a maximum capacity of 2,680, is owned and operated by Costa Crociere. (Kefalonia2015, Wikimedia Commons) Photo LIcense: CC BY-SA 4.0

(Seychelles News Agency) - The Italian cruise ship Costa Mediterranea will be the first vessel to call into Seychelles’ Port Victoria on October 20 as the cruise ships season opens.

The vessel, with a maximum capacity of 2,680, is owned and operated by Costa Crociere and will be making the most frequent stops to the Seychelles islands, an archipelago in the western Indian Ocean.

According to the Seychelles Port Authority, Port of Victoria is expecting 50 cruise calls this season, four more than last year. The cruise ship season lasts from October to April.

The director of business development at the Authority, Vincent Didon, told SNA on Friday that year after year there is an increase in the number of cruise ships that want to berth at Port of Victoria.

“This is good for the country not only because it is increasing the number of visitors, but it is also helping to boost economic growth,” said Didon.

For the last cruise season, the Authority introduced a set of measures to avoid congestion at the port and Didon said that this will be maintained for this season.

In the measures introduced, taxis, destination management companies (DMCs) and tour operators are granted access to the port where they will be collecting their clients.

Didon said that the tour operators will only be allowed back into the port after three hours.

“Only four taxi drivers will be allowed on the premises of the port in one go, others will have to queue up in a designated area outside the port,” he added.

Seychelles came out as the top sought-after destination for cruise ships in the region, winning the Indian Ocean’s Leading Cruise Destination at the World Travel Awards 2019.

The majority of cruise ships to Seychelles dock in Port Victoria -- the main port of the island nation, which opened in 1972.  Upon arrival visitors are greeted at a special reception area, accompanied by traditional music and dances of the island.