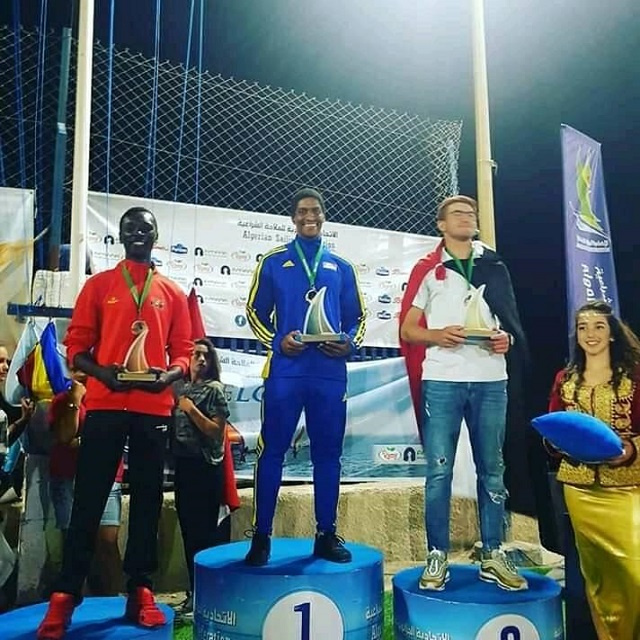 Govinden booked a place in the Games after winning a gold medal in the African Laser Championship in Algeria. (Rodney Govinden/Facebook)

(Seychelles News Agency) - Sailor Rodney Govinden is the first Seychellois athlete to qualify for the Olympic Games 2020 in Tokyo, Japan scheduled for July 24 to August 9.

Govinden booked a place in the Games after winning a gold medal in the African Laser Championship in Algeria, which ended on Sunday, while competing against 14 sailors from Africa.

This is the second Olympic qualification for Govinden after the Rio Olympics in 2016. Govinden, who was Seychelles’ flag-bearer in the opening ceremony, finished 45th overall at the Games.

Speaking to SNA via Facebook on Monday, Govinden said, "I am very proud and happy to qualify once again for the Olympics and also being crowned the African Champion for the first time in my career."

The Seychellois sailor attributed his achievement to relentless hard work, learning from past mistake and perseverance.

"I will now need to communicate with my coach and the federation to come up with a realistic training plan for preparing for the games in 2020," he added.

Govinden who is on an Olympic solidarity scholarship alongside six other Seychellois hoping to qualify for the Tokyo 2020 Games is training with a company called VianaSailing, based in Portugal under the guidance of coach Miguel Andrade.

Now that he has qualified "the plan will include training both locally and training camps overseas, including participating in several international regattas to continually improve my performance. I am very much looking forward to this next step in my preparation as I want to improve on my results from the last Olympics."

Another sailor who was attempting a qualification spot in Algeria, Jean-Marc Gardette, failed to qualify after finishing second in the African RSX championship.

Seychelles, a member of the International Olympic Committee since 1979, has participated in the Olympic Games since 1980, missing only the 1988 edition. To date, the island nation has not won an Olympic medal.