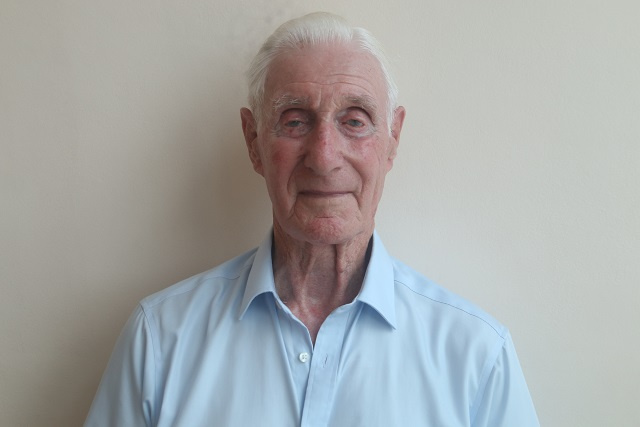 A British citizen who in 1971 oversaw the completion of Seychelles’ International Airport has realised his dream of revisiting the islands after 48 years away.

Norman Rose, 91, spent three days on Mahe with his daughter Jennie Powling in a visit he contemplated for several years.

Rose who stayed at the Avani Resort and Spa at Barbarons came to SNA’s office in Victoria on Saturday to share how he was part of the island nation’s history.

“Back in June 1970, in London, I worked in engineering with the Ministry of Building Works. Two opportunities came up - one was the construction of a road in Nepal and the other to oversee the completion of the runway of the airport in Seychelles,” explained Rose.

For some reason, the Nepal offer was cancelled. In September that year Rose instead travelled to the 115-island archipelago in the western Indian Ocean – a place he barely knew.

“My journey started with a train trip to the airport at Heathrow where I took a flight to Charles de Gaulle in Paris. From there it was an all-night flight to Nairobi. In Nairobi, it was two different flights to Mombasa and then to Mauritius. From there it was a final flight to Mahe, where we landed on a temporary strip made of soil for small aircraft,” explained Rose.

Once on the island after four days of travel, Rose was booked at the Northholme Hotel in the north of the main island of Mahe.

"I was part of the team overseeing the new airfield at Mahe, which when completed would be welcoming visitors from all over the world. I arrived in September and the airfield was 50 percent complete. The mountain top had to be removed for flight line safety,” said the British citizen.

According to Rose, Costain, the British contractors, had completed the 9,000ft long runway sub base.

“We would now complete the remaining 50 percent concrete runway, which must be 14 inches thick.  I was responsible mainly for quality control of materials and workforce,” said the retiree.

Rose’s mission in Seychelles lasted for six months and his best memory of the islands is witnessing history with the arrival of the first international flight.

“In March 1971 we saw the RAF Gan Hercules try the runway for the first time.  And with its arrival gave us the green light that our job was done and the runway was ready,” beamed a proud Rose, who commanded the Seychellois who were part of the team for their hard work.

Soon after Rose returned home. “As I boarded the Kampalour for home I noticed four local girls bound for London ready for their training as future air hostesses," Rose shared, adding how he was well-taken care at the Northolme hotel by the owner a Mrs Broomhead and her staff.

“The local people worked very hard for Costain and made us very welcome. During my stay I used the local barber, attended the Christmas service in the church, watched the local Miss World competition and visited the giant tortoise park,” remembers Rose.

But the thing he wanted the most was to come back see the vast changes and share the island life with his only daughter.

“Dad wanted to come back for several years, he was like I want to go back and see the changes and I want you to see where I worked. But that kept being postponed, and this year Dad told my son, Chris, ‘Come on book everything and let’s do this!” explained Powling, who added that British Airways now operating direct flights to the islands made the decision easier.

Powling said that her dad still leads an active life and plays golf twice a week. She added that her parents are still happily married after 70 years.

Rose has recalled his stay in Seychelles in a book he wrote in 2016 at the grand age of 88. The book – Twin Bases Remembered - traces his life from childhood and is on sale on Amazon.