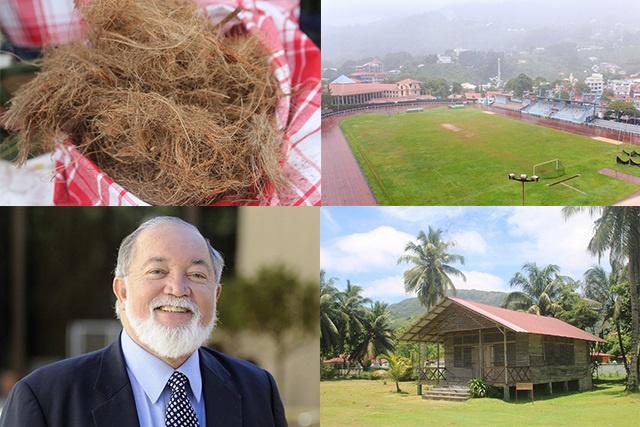 (Seychelles News Agency) - October in Seychelles - a nation of 115 islands in the western Indian Ocean – is filled with colour and music as the Creole Festival is celebrated. The festival is where the people, united in diversity, celebrates its rich and unique culture and traditions.

Whilst Creole blooms in Seychelles, SNA presents seven interesting facts of the island's history, all occurring in October.

Seychelles became a self-governing colony. The occasion was marked by a parade in the stadium in the capital city of Victoria. During the ceremony, the late Sir James Mancham was sworn in as the country’s first prime minister by Governor Colin Allan.

A crowd estimated between 5,000 and 6,000 attended the ceremony at the Popular Stadium (Stad Popiler).

The Popular Stadium (Stad Popiler) in Victoria was officially opened by Princess Margaret, during the one-week celebrations to mark the bicentenary anniversary of the first arrival of settlers on Mahe in 1772.

The Princess was accompanied on her visit to Seychelles by her husband, Lord Snowdon. The stadium – today still being used for national sporting events - was built on reclaimed land.

School children, most of them teenagers, demonstrated in Victoria against the proposed National Youth Service. The protests continued the following day when hooligans who infiltrated the protestation committed acts of sabotage, looting and arson.

Masses of earth and rock from the Trois Freres Mountains collapsed on the town of Victoria, filling up a body of water to create a large playing field which became the Gordon Square (today known as Freedom Square). Eighty people perished in the calamity.

Marianne North - the famous English painter and globe trotter - arrived in Seychelles. During her three month sojourn, North visited many places on Mahe – the main island - as well as on Praslin – the second most populated island - where she made paintings of forest and coastal sceneries.

North also visited the Christian Missionary Society Institution (Venn’s Town) for children of liberated slaves at Sans Soucis where she made a magnificent painting of the establishment. One of the endemic timber trees that grew there, Kapisen, was named after her- Northea Seychellarum.

The first batch of coir fibre was produced by a privately-owned coir factory on Mahe. In December of the same year, the first shipment of coir fibre from the factory was exported abroad.

The factory which was located at Les Mamelles employed about 100 people. Coir fibre was primarily used in mattresses.

The Mize Koko contains assorted items made from a variety of materials obtained from the coconut tree.