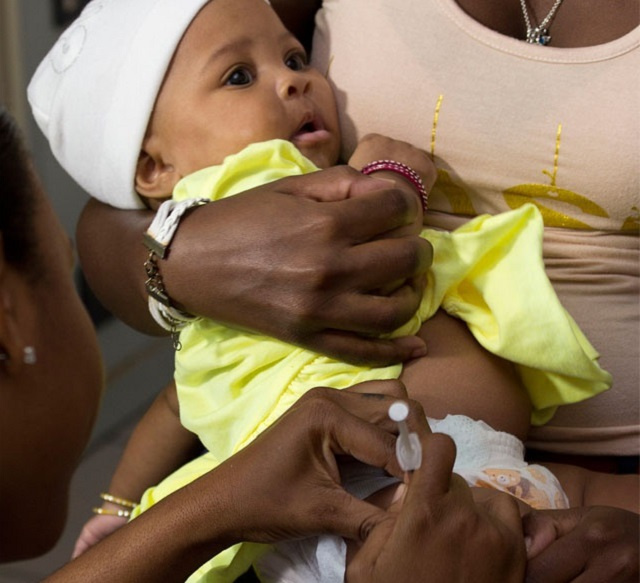 (Seychelles News Agency) - The Seychelles’ Ministry of Health has started a national vaccination campaign against German measles and measles as a prevention measure in the face of outbreaks in all regions of the world.

According to the director of the Public Health Authority, Meggy Louange, there are individuals in Seychelles, an archipelago in the western Indian Ocean, who were born before 1988 before the introduction of the vaccination programme.

“It was only after 1989 that we received a good vaccine to vaccinate patients. However, people before that year have not been covered under the vaccination programme. That means our level of population immunity is not as we wanted,” Louange told SNA on Wednesday.

People in Seychelles born before 1989 will be vaccinated with measles and rubella vaccines. This is because these types of antigens were introduced to children in 1989 through the Seychelles National Childhood Immunisation programme.

The aim of the vaccination campaign is to ensure that a high level of the population is immune to the two highly infectious viral diseases and eliminate the indigenous transmission of measles and German measles among the general population in Seychelles.

Measles, known as ‘rubeola,’ is not the same as German measles or rubella. Measles is a highly infectious viral disease which affects humans and rapidly spreads among individuals who have not been vaccinated. It is also the leading cause of vaccine-preventable deaths among children worldwide.

The German measles known as rubella is a contagious viral infection but milder illness than measles. It is of particular concern if a pregnant woman becomes infected. Both diseases have a distinctive red rash.

The first recorded outbreak of measles in Seychelles, a group of 115 islands in the western Indian Ocean, was in 1967. There were also outbreaks in 1982 to 1983.

In 1989, a combination of measles, mumps and rubella vaccine was introduced to all children at 15 months age. However, in the third quarter of 1997, Seychelles had another outbreak of measles occurred throughout the main island of Mahe with over 600 cases reported.

Louange told SNA that measles is “a disease which killed a lot of children in Seychelles 40 years ago.”

Last year Seychelles recorded only one case of measles.

According to the World Health Organisation (WHO), measles cases have continued to rise in 2019. Preliminary global data shows that reported cases rose by 300 percent in the first three months of 2019, compared to the same period in 2018. This follows consecutive increases over the past two years.

Louange said that as years had gone by people had forgotten about the disease but “now the disease has resurfaced and we need to go back to a strong campaign of vaccination to vaccinate people that are still at risk.”

She added that in Seychelles there is also what the Ministry calls the ‘vaccine hesitancy’ which is “a perception developed by people that vaccines are not good.  This has helped the disease to resurface and as the health authority we need to be always on the lookout and be prepared for any outbreaks.”

Aside from vaccination, Louange said that “the Ministry of Health will be increasing surveillance at the airport and will be on the lookout to ensure a fast response in case of an outbreak.”