7 fantastic events that made Seychelles' Creole Festival a memorable hit 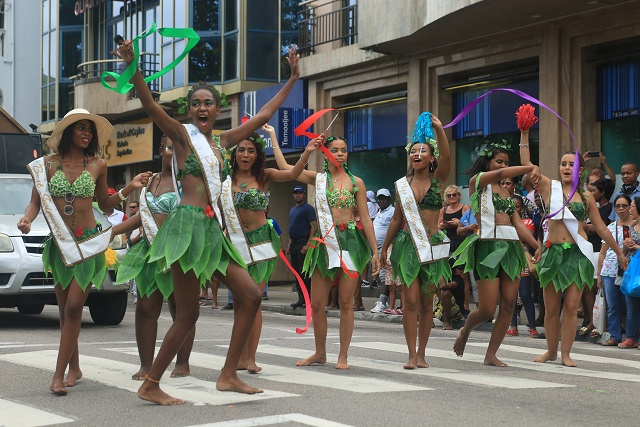 (Seychelles News Agency) - The main events of the 34th edition of the Seychelles’ Creole Festival -- an annual celebration of the island nation’s culture and tradition -- took place from October 25 to 31. This year’s activities took place on the three most populated islands -- Mahe, Praslin and La Digue.

SNA looks at seven events from this year’s celebrations.

The Creole Festival was officially launched on Friday, October 25 by the Designated Minister, Macsuzy Mondon. The ceremony took place at the National History Museum in the heart of the capital, Victoria. The guest of honour at the opening was Yumna Maumoon, the Maldivian Minister for Arts, Culture and Heritage.

In her address, Mondon said that after 34 years, the festival remains one of the major cultural events on the Seychelles' calendar. It is an occasion where Seychellois come together to show their appreciation for what they are as a nation, she said.

Among activities at the opening ceremony were traditional dances and performances of local artists.

Story-telling, drama, singing, and traditional dancing were among the performances for this year’s event that took place on Saturday, October 26 at the International Conference Centre.

This year a young American couple from Ohio had the opportunity celebrate their wedding in the Seychellois traditional way.

Lisa and Adam Coopley were married at their hotel on Saturday but celebrated their wedding like Seychellois of old. The celebration started with a customary procession where guests and members of the public followed the newlyweds not far from the International Conference Centre just after 3 p.m.

The couple and guests then took their place in a traditionally decorated room and enjoyed typical Creole food and of course dancing to Creole music.

This event replaced the annual Creole Sunday at the beach (dimans kreol borlanmer) and was held at the central Mahe district of Roche Caiman sports complex.

Families turned up for the days which this year included traditional games with animation by local group Saturn and ‘Kas Madanm’.

Drama enthusiasts enjoyed a treat during the festival with the Creole adapted version of the tragicomedy ‘Waiting for Godot’ of Samuel Beckett.

The translated into a Creole drama entitled “Esper Godo’ by Marie-Therese Hossen played on Monday, October 28 to coincide with the International Day of the Creole Language.

In the play by Samuel Beckett, two characters, Vladimir (Didi) and Estragon (Gogo), wait for the arrival of someone named Godot who never arrives, and while waiting they engage in a variety of discussions and encounter three other characters.

This traditional dance competition is another well-loved activity and this year it took place on Wednesday, October 30 at the International Conference Centre.

The traditional dance team of Mont Fleuri district won the first prize in the categories 17 to 35 years and 36 years and more in the inter-district final. The top prize was SCR 10,000.

As is customary, the Creole festival ended on Thursday, October 31 with a Creole Ball or as is commonly used ‘bal bobes’ at the seafront restaurant in Victoria, the capital. The dancing lasted until early morning.