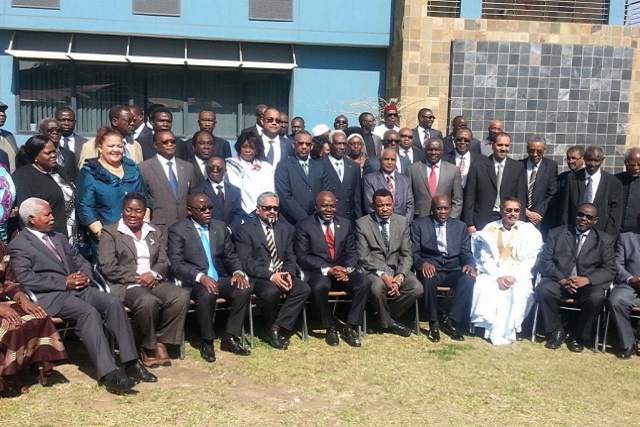 (Seychelles News Agency) - The Pan-African Parliament (PAP) of which Seychelles is a member is set to evolve into an organisation with full legislative and oversight powers.

This was approved by the speakers of African Parliaments during their 6th Annual Conference held in Midrand, Johannesburg, South Africa last week.

Established in March 2004, the Pan-African Parliament, which is one of the organs of the African Union, had until now been exercising a consultative and advisory function.

The Speaker of the Seychelles National Assembly, Dr Patrick Herminie represented the island nation at the 6th Annual Conference of Speakers of African Parliament.

In a press statement issued this morning, the National Assembly said the speakers also approved for future members of PAP to be elected by direct universal adult suffrage and not nominated by National Parliaments as is presently the case.

“Each African country will vote in a general election to elect five members to PAP,” reads the statement adding that the decision followed a lengthy discussion on an amended PAP Protocol drafted by the African Union at its 23rd summit held in Malabo, Equatorial Guinea in June this year.

Herminie noted in the statement that this decision would come into force once the amended protocol was ratified by more than half of the members of PAP.

Seychelles is one of PAP’s 49 member countries.

Aside of approving for the Pan-African Parliament evolves into an organisation with full legislative and oversight powers, the speakers’ conference also adopted a presentation by the Chairperson of the African Union, Dr. Nkosazana Dlamini Zuma.

Titled ‘The Vision and African Aspirations for 2063’ Dlamini Zuma’s presentation reaffirmed “the vision of the African Union to build an integrated, prosperous and peaceful Africa, an Africa driven and managed by its own citizen and representing a dynamic force in the international arena.”

The Blue Economy Concept as an important mechanism to sustain growth in Africa is also included in ‘The Vision and African Aspirations for 2063’.

The need to fast track Pan-Africanism and African renaissance through the speedy ratification and domestication of the many African Union legal instruments/protocols was also deliberated on whereby the speakers gathered at the conference expressed concern over the fact that out of the 49 AU protocols in place only 26 countries have ratified more than half of the instruments.

While he described the deliberations as very fruitful Herminie has warned that “unless Africa shows the political will to strengthen democratic institutions such as the legislature, the Office of the Auditor General, the Anti-Corruption Commission and a strong Judiciary, and to take full control of its vast resources, our vision of a united Africa with one central bank system and currency, one African Passport; one continental nationality, an Africa without border, will remain a very distant dream.”