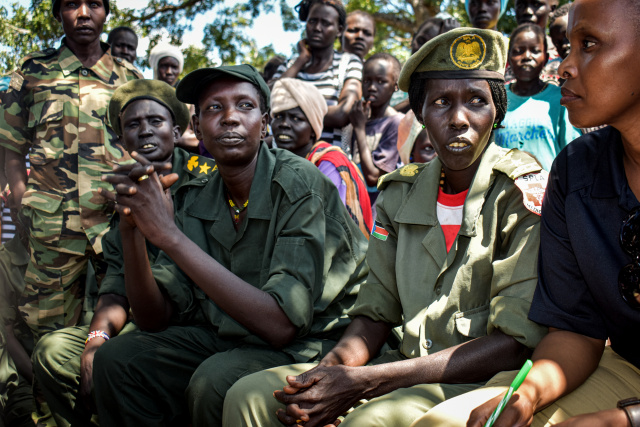 Both sides agreed to a November 12 deadline to join forces in a unity government, but unresolved differences over the terms of peace threatens to scuttle the deal and plunge the country back into war, observers have warned.

Representatives for Kiir and Machar, foes who have only met a handful of times since inking a September 2018 truce that paused five years of conflict, said the Kampala meeting would seek to broker a way forward.

Kiir and Machar have arrived at the State House in the city of Entebbe, according to a Ugandan official and an AFP correspondent at the scene.

"They are expected to discuss the unresolved issues as well, and Riek Machar will be having a meeting with President Salva Kiir," the president's spokesperson, Ateny Wek Ateny, told AFP on Thursday.

Machar's party, the SPLM-IO, said in a statement the meeting would seek progress on issues that have dragged on "without much having been achieved" since the deal was signed more than a year ago.

Machar, who lives in exile in Khartoum, has asked for more time so that the impasse, primarily over security and territory arrangements in South Sudan, can be overcome.

The rebel leader warned that if these were not addressed, the country would see a repeat of fighting in 2016, when an earlier peace deal collapsed, worsening the conflict.

Machar, a former deputy to Kiir, was forced then to flee South Sudan on foot under a hail of gunfire, and has only returned home on rare occasions.

Kiir says he's ready to form a new government, and has threatened to do it alone.

But the creation of the coalition government has already been delayed once, in May, and parts of the international community fear another extension risks the already fragile peace accord.

The United States in particular has warned it would reevaluate its relationship with South Sudan if a unity government isn't forged on November 12, and has floated sanctions.

The peace deal has largely stopped the fighting that erupted in 2013, just two years after South Sudan achieved independence, after a falling out between Kiir and Machar.

The International Crisis Group warned pushing the November 12 deadline at all costs risked this fragile truce.

"External actors could imperil these gains if they push the parties into a unity government that then falls apart or permit Kiir to exclude Machar," the think tank wrote in a report this week.