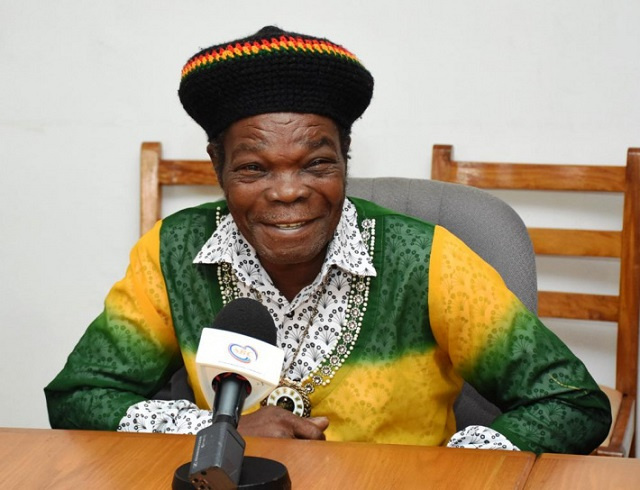 (Seychelles News Agency) - Jamaican reggae singer and songwriter Eric Donaldson will perform in Seychelles this weekend for the third time, and he promises fans that this weekend's show will be even better than his last one.

The reggae pioneer will grace the musical stage on Saturday at 9 p.m. at the mini stadium in the capital Victoria.

In a meeting with reporters on Thursday, Donaldson said he enjoyed both times he was in Seychelles “but this time I am promising a better show as every time you see Donaldson he gets better and better.”

The 72-year-old from St. Catherine, Jamaica, will include local artists in his show.

Donaldson will perform over 15 tracks which will include hit songs like Cinderella, Traffic Jam and the ever famous Cherry Oh Baby, which rocketed him to popularity in 1971.

The artist said that these songs are close to his heart and well known around the world.

Aside from love songs, Donaldson also has revolutionary ones like Freedom Street, Stand Up and Do We Really Have to Fight.

Donaldson said that what sets him apart from others is that his lyrics are clean and understandable.

“I play the same card like every other artist, but the trick is that I come up with different movements with the cards I play. People are always looking up for my performance, which remains true and clean,” he added.

The initiative to bring Donaldson to Seychelles, a group of 115 islands in the western Indian Ocean, was taken by a local promoter, Basil Bouchereau.

“This might be the last chance for Seychellois to meet a legend like Donaldson performing live in the island nation. At his age, he still looks fresh. We were trying to bring him in 2016 but there was an issue with the flight, but this time he has made it, and he is here early for Seychellois to know that he is in the country,” said Bouchereau.

Donaldson will be performing with the backing of local band ‘Laflanm.’

Bouchereau is asking all Seychellois to come down to watch the show which he says “will be memorable. This man is a legend and has written songs sung by some famous artists like Elton John and UB40.”

Talking about his previous experience in Seychelles, Donaldson said that the country is beautiful and the same as Jamaica and that “it is like being home away from home”

As for advice for the younger generation and the Jamaican artist, Donaldson said, “You need to study your lyrics. Create a trajectory of where you want to go. As a musician, our duty is to spread love and peace around the world. This I what I have been doing all my life.”