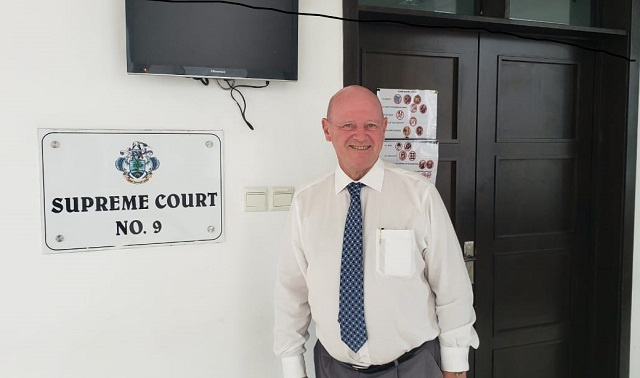 St Ange was suing the government after his candidacy for the post of secretary-general of the World Tourism Organisation was withdrawn in 2017. (Rassin Vannier, Seychelles News Agency)

(Seychelles News Agency) - The Seychelles Supreme Court on Monday ruled in favour of former tourism minister Alain St Ange in his case against the government, awarding him $12,000.

St Ange said he would appeal the amount awarded.

St Ange was suing the Seychelles’ government after his candidacy for the post of secretary-general of the United Nations World Tourism Organisation (UNWTO) was withdrawn in 2017. He resigned from his ministerial post in December 2016 to take part in the election when his candidacy was pulled by the government two days before the elections following demands made by the African Union.

The case was being heard by Justice Melchior Vidot, who ordered that the government pays compensation of SCR164,000 ($12,000) to the plaintiff.

After the ruling, St Ange told SNA that “the court has accepted that the government was wrong when they decided to remove my candidacy. The court said that there was a ground for me to file a case.  For this part, I am happy and have no objection.”

He said that “the amount of money the court has given does not reflect the human side that a person has gone through. The humiliation has not been covered. Therefore we are going to appeal only on the amount for the damages incurred. I want to see more fairness.”

The plaintiff has 14 days to make an appeal case before Seychelles’ Court of Appeal.

St Ange’s lawyer, Frank Elisabeth, told SNA that the complainant had the perfect reason to file a case before the court.

Like St Ange, Elisabeth said, “We feel that the amount given as damages is a bit too low compare to the expenses made by my client to file the case. We are going to appeal on the amount.”