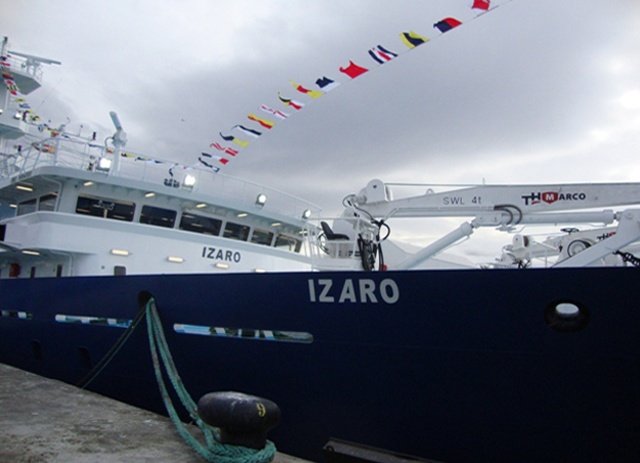 (Seychelles News Agency) - The latest Seychelles flagged industrial fishing vessel was launched on Saturday in Bilbao, Spain, by the Echebastar Group, according to a statement from the Seychelles Ministry of Natural Resources.

Seychelles Minister for Natural Resources Peter Sinon was a guest of honour at the launch, where he praised the ship and its technology.

"It is the first new purse seiner that is registered under the Seychelles flag immediately as it comes out of the shipyard..... it will encourage more sustainable fishing techniques in our EEZ and the Indian Ocean." 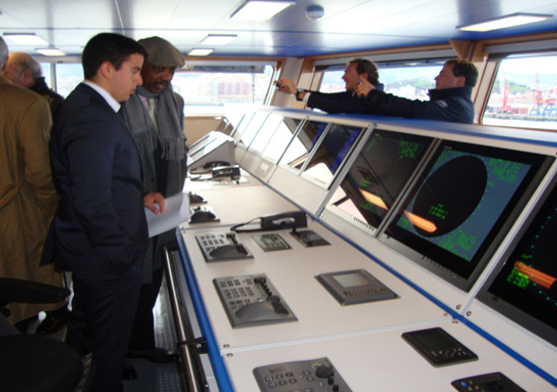 The Izaro, a 1900 m3 tuna purse seiner vessel, was built at the Spanish shipyard Zamakona S.A., based in Puerto Pesquero, at a cost of €30 million.

The 88 metre-long and 14 metre-wide new vessel is equipped with a fish detection radar which enables the fishermen to focus on a targetted fish species, such as the tuna, allowing non-targetted species to be returned alive to the ocean, said the statement.

The Izaro is expected to arrive in the Seychelles for its first fishing expedition in February this year.

Echebastar Group confirmed that another similar vessel is scheduled to be built by February 2015, and third for June 2015, with both planned for registration under the Seychelles’ flag. The group operates a fleet of tuna fishing vessels in the Indian Ocean, and has been fishing in the Seychelles 1.3 million square km exclusive economic zone since 1985.

Port Victoria, the main port of the capital of the Seychelles islands is one of the business tuna fishing ports in the world, where an average of 200,000 metric tonnes of fish are landed and transhipped every year. Fisheries accounts for an income of $370 million yearly into the Seychelles economy, according to statistics from the Seychelles Fishing Authority.