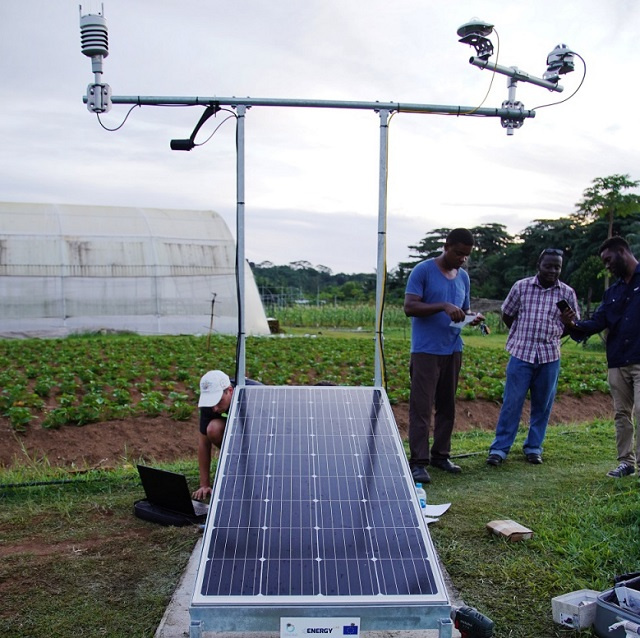 One solar station has been installed at Anse Boileau in the west of Mahe, the main island. (Seychelles Nation)

The regional project involves two identical stations being installed in each territory of the Indian Ocean, including two in Madagascar, two on the Comoros islands and one in Mauritius.

In Seychelles, one solar station has been installed at Anse Boileau in the west of Mahe, the main island, and the other on Praslin, the second-most populated island, last week.

The stations will measure solar radiance, solar energy supplied, Ultraviolet A and B, and give the meteorological variables including pressure, humidity, temperature, wind direction and speed, and rainfall.

The chief executive of the Seychelles Meteorological Authority, Vincent Amelie, told SNA on Monday the two stations which will further facilitate their work.

"We will now have more accurate data. The more stations we have, the more information we can collect for weather prediction," said Amelie.

He added that "we are very interested in the data produced in order to be able to increase the speed of solar panel installations and eventually be self-sufficient in energy in the short term."

The chief executive of the Energy Commission, Tony Imaduwa, also see the two new stations as something positive for Seychelles, an archipelago in the western Indian Ocean.

The stations "will help the country with data that could also be helpful for the design of new buildings that are more energy-efficient," said Imaduwa.

Alexandre Graillet, the data processing database engineer, "once the stations are installed and send data, this data goes directly to the server in Reunion."

He added that from there "we process this data and send it to a Big Data database called Casandra (these are the databases used by Facebook and Netflix). We then make this data open. Anyone -- researchers, children can access the data."

There are two ways to access the data either through a mobile application called Solario which can be downloaded on Android and Apple or through a web server that provides access to the data.

As for the long term benefit for Seychelles, Graillet said that there is no data on solar radiation in the island nation. The data produced will help Seychellois scientists conduct research by exploiting these data and create a farm with plenty of solar panels to power whatever the country wants.