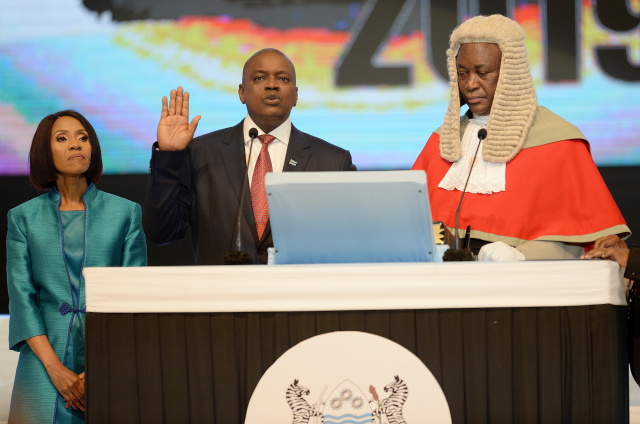 (AFP) - Botswana's largest opposition on Tuesday said it had filed a legal challenge against the outcome of last month's parliamentary polls, which were overwhelmingly won by the ruling party.

The Umbrella for Democratic Change (UDC) won 15 seats against the ruling Botswana Democratic Party (BDP)'s 38 in the October 23 elections.

"We do believe that there were irregularities in some of the constituencies," said UDC spokesperson Moeti Mohwasa.

"The UDC, as a party that believes in free and fair elections, will not rest until justice is done,” Mohwasa said.

One of the constituency whose results it is challenging is Bonnington North in the capital Gaborone, where UDC president Duma Boko lost to the ruling party.

Complaints are heard and determined by panels of High Court judges within 90 days of their submission.

The BDP, which has ruled since independence from Britain in 1966, was declared winner after attaining the minimum 29 seats in the 57-member national assembly needed to form a government.

It is the second time that Boko has tried and failed to unseat the BDP.

The BDP retained key constituencies in the southern parts of the country, while the opposition made inroads into the central districts, which were previously the ruling party’s strongholds.

The Botswana Patriotic Front, endorsed by the former President Ian Khama, got three seats and one smaller party bagged one seat.