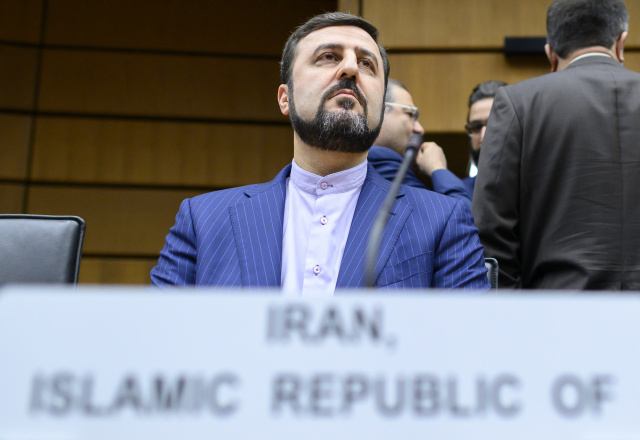 (AFP) - The new head of the UN nuclear watchdog warned Tuesday against intimidating its inspectors after one of them had their accreditation revoked by Iran over an incident at a nuclear facility.

"We don't want to make something out of proportion but this is a serious matter," Rafael Grossi, the director general of the International Atomic Energy Agency (IAEA), said.

"I stand by my inspectors and (they) have a very important work to do, they shouldn't be intimidated... in any way," he told AFP.

Last month, Iran confirmed it had revoked an IAEA inspector's accreditation in October after she allegedly triggered a security check -- used to detect explosives -- at the entrance gate to the Natanz enrichment plant.

She was temporarily prevented from leaving Iran, which the Vienna-based IAEA described as "unacceptable".

The agency has said there was "no indication that would confirm" the allegation that she was carrying explosive material.

Grossi said the IAEA and Iran "haven't come to a common understanding" over the facts of what happened in the incident.

The agency's inspectors monitor the implementation of the 2015 deal on Iran's nuclear programme -- known as the Joint Comprehensive Plan of Action (JCPOA) -- which seems in danger of imminent collapse.

Grossi -- who began work as director-general on Tuesday -- said: "Countries must not interfere with the work of our inspectors and this is the message we have conveyed to our Iranian colleagues".

He said it was important for inspectors to know that from the point of view of the agency, they "will always be backed up and never left alone otherwise the whole edifice of international inspectors would crumble and fall".

Grossi said that Iran's nuclear programme was one of the priorities he would tackle "immediately" and added he may meet Iranian officials who will be in Vienna later this week for a meeting of remaining JCPOA participants.

On Sunday, the speaker of Iran's parliament Ali Larijani warned Tehran would be "forced to seriously reconsider some of its commitments" to the IAEA if the European parties to the JCPOA were to trigger a dispute mechanism that could lead to sanctions.

Grossi said while the IAEA "paid attention" to such statements, "it doesn't mean that it affects in a direct manner what we're doing" and that no such communication had been received directly from Iran.

Grossi added that such comments were "part of a political discussion between Iran and other countries, not us".

For several months, the IAEA has also been asking Iran to explain the presence of uranium particles at an undeclared site, thought to be a location in the Turquzabad district of Tehran where Israel has alleged secret atomic activity in the past.

Grossi said the IAEA was yet to receive "a satisfactory explanation", adding that while the agency had not set any deadlines, "anybody taking this seriously would never allow it to go on and on".

Next week, he will attend the UN's COP25 climate change summit in Madrid to discuss how nuclear energy can contribute towards solving the climate crisis.

Many environmentalists see nuclear power as polluting and unsafe.

While Grossi said he was prepared to engage in debate, he insisted that "it's a scientific fact that nuclear energy has a very low degree of emissions" and that it could be "part of the solution".

"If industrial countries, relying heavily on nuclear energy... stopped using nuclear energy, the environmental situation with emissions would be catastrophic."