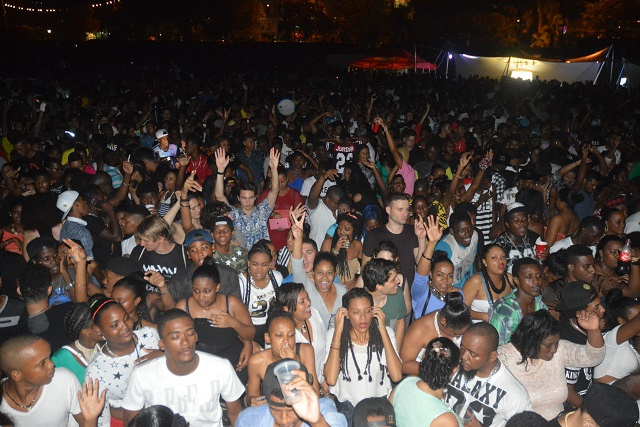 The show organised by Veuve Entertainment and K-Radio will kick off at 9 p.m. and tickets are on sale at SCR250 ($18) for early birds and SCR300 ($22) at the entrance. (Radius Studios) Photo License: CC-BY

(Seychelles News Agency) - Two of Jamaica’s top reggae artists will perform in Seychelles on Sunday and have promised fans an electrifying show.

Kenyatta Hill and Busy Signal arrived in the country Thursday for the musical performance at the Mini Stadium in Victoria, the capital.

Kenyatta Hill – the son of the late Joseph Hill – founder and frontman of the reggae group Culture – is performing in Seychelles for the third time.

His first show in Seychelles with the group Culture was in 2016. Kenyatta returned in 2017 for the Sons of Legends Show alongside Andrew Tosh -- the son of Peter Tosh who passed away in 1987.

This time around Hill is accompanied by local musicians. He said he is looking forward to wow the Seychelles public once more.

“I’ll be performing a little of my dad’s songs and some of my tracks which are still straight roots reality, culture. Busy Signal is going to keep you busy while I’m going to keep the fans rooted and grounded,” said the 40-year-old who took over as Culture’s lead singer in 2006 after his father passed away while on tour in Germany.

For Busy Signal, this is his second time performing in Seychelles, a group of 115 islands in the western Indian Ocean. The first time was in 2013.

The reggae dancehall artist is known for his rendition of the popular country song by Kenny Rogers, The Gambler, and Commodores’ Night Shift. The artist’s new album -- Parts of the Puzzle -- hit the market in October and entered straight at No. 2 on the Billboard Reggae Albums.

“It’s just entertainment you know. Reggae music, dancehall with a little bit of fusion in between. We just want to keep it busy, musically, literally, physically,” said Busy Signal.

Both artists say their repertoire will be a mixture of old songs and new ones.

Busy Signal and Kenyatta Hill say it is a privilege and honour to be representing their country and their music, on an island on the other side of the word, where their music is loved and appreciated.

They say Seychelles have a special place in both their hearts.

“The love we get here, we cannot compare that to anywhere. The ambience, the whole hospitality, the vibe, the people, the joy. It is like we are at home”, said Busy Signal.

The sentiment was echoed by Hill.

“Seychelles has treated me well every time. Well received, the love and the energy that they give to us every time we come here, it’s unspeakable” said Hill.

They have called on their fans to come out in droves to spend an electrifying evening together.

“Whenever I go I give the people a hundred percent. We want to do great and better than we did the last time”, said Busy Signal.

Described as the biggest show of the year, the two artists will each perform for ninety minutes, following an opening act by local reggae and dancehall singer Champion.

Reggae music is very popular in the island nation and bands like UB40, Steel Pulse, O’Yaba and Lucky Dube have performed for the Seychellois fans.

Arts & Culture » Be a reporter: Write and send your article » Subscribe for news alert