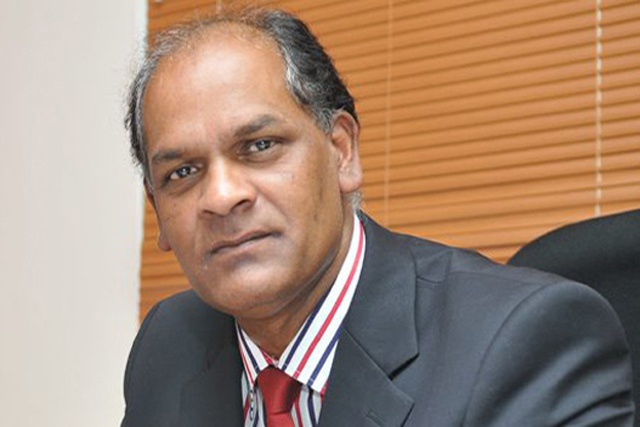 (Seychelles News Agency) - The Seychelles Minister for Tourism and Culture, Alain St Ange, met with Veda Baloomoody, the lawyer of the Mauritius Tourism Academy known as ‘Ecole Hoteliere Sir Gaetan Duval’, at his office at the Espace Building, in the Seychelles Capital of Victoria, this morning.

According to a news report aired on the national television, the Seychelles Broadcasting Corporation, SBC, Baloomoody is in Seychelles to find out more about what exactly happened to the Director of the Mauritian academy, Harmon Chellen.

His body was found floating in the sea on Monday afternoon, in the vicinity of L’Islette island at Port Glaud, western district of the main island of Mahé.

The lawyer who is accompanied by Chellen’s brother had arrived in the Indian Ocean archipelago yesterday evening.

According to the SBC report, during the meeting with St Ange they expressed the wish to have Chellen’s body repatriated back to Mauritius.

The 52 year old Director of the ‘Ecole Hoteliere Sir Gaetan Duval’, had arrived in Seychelles last Wednesday and on Thursday he was the guest of honour at the Seychelles Tourism Academy’s graduation ceremony for a group of students who have completed their advanced diploma in hospitality management.

Chellen who was staying at the Constance Ephelia Resort, a hotel in the Western Mahé district of Port Glaud had been brought to the district’s police station on Monday morning following a report that he had attempted to sexually assault a female worker at the hotel the night before.

The Seychelles police confirmed on Tuesday that the female worker is a Malagasy national.

She works as a chambermaid at the hotel.

According to a police statement issued on Monday, Chellen who was brought to the police station for questioning left without cooperating with the police.

Following a report on Monday afternoon that a man had been found floating in the sea near L’Islette island at Port Glaud, the deceased was identified as Harmon Chellen.

A Seychelles police spokesperson told SNA earlier today that the autopsy on Chellen’s body was scheduled for this Thursday afternoon.

So far no autopsy results have been released.