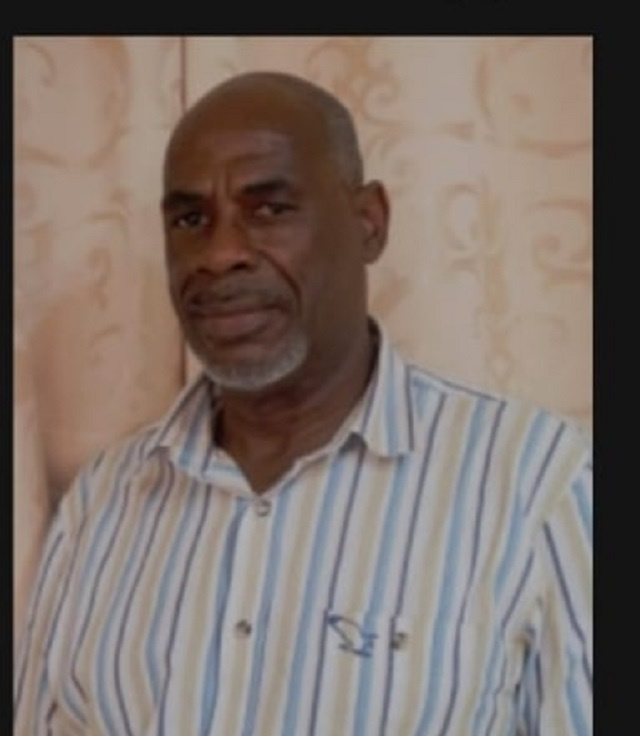 Marcel Rosalie, a former Director-General for the Culture Department, a writer and poet, was laid to rest on Thursday at the Mont Fleuri cemetery. (CEPS Seychelles)

The island nation bid farewell to a man who has been credited with having promoted and defended Seychelles’ heritage and taking action for its conservation.

Marcel Rosalie, a former director-general for the culture department, a writer and poet, was laid to rest on Thursday at the Mont Fleuri cemetery.

Rosalie 57, passed away last weekend at the Seychelles Hospital following a long illness.

Born on La Digue – the third-most populated island of Seychelles - on March 20, 1962, Rosalie joined the Culture Department in 1980 right after he completed his studies at Seychelles College.

He remained at the culture department for 36 years until he resigned in 2016.

“Under his direction, he created two things that really pushed for research on the islands’ heritage. He created the heritage section whose role is to research the oral traditions of the island nation and he was instrumental and primordial in the enactment of the national monuments act,” said Cecile Kalebi.

Kalebi, the current Principal Secretary for Culture, said Rosalie was her mentor.

“He was not afraid to go out on the field, collect and document data with regards to our heritage, this was something he did actively,” explained Kalebi, adding that Rosalie was also involved in the setting up of copyright on the island nation and the Seychelles Authors and Composers Society.

Described as a calm, compassionate, patient and with a big heart, Rosalie is also referred to as a champion and defender of the Seychellois Creole culture and heritage.

“He has contributed immensely to the research of our rich heritage. If I am here today doing what I am doing it is thanks to Marcel,” said Tony Mathiot, a historian who first met Rosalie when he was 13.

“Whenever I needed information with regards to culture and our traditions, I always referred to him as he was very knowledgeable and always ready to share,” added Freminot.

Jud Ernesta, had only praises for his former boss. “I worked with Mr. Rosalie from 1980, right through to my retirement in 2002. He was an approachable man who was very serious about work,” said Ernesta, a carpenter specialising in traditional furniture.

But it was through his lifelong colleague, Gabriel Essack, that SNA learned a different side of Rosalie. The two joined the culture department on the same day in March 1980 and were friends for 40 years.

“During all this time I can count on my fingers, how many times I saw him angry, even if he was under pressure facing challenges, he was always calm,” said Essack. “Looking back I can say he was like a sponge, absorbing, even our personal problems which many of us confided in him.”

Later in life, he took the passion of beekeeping and was not discouraged even when he was stung several times. “Marcel was very interested in anything we considered traditional economic activities, and he did a lot of researches around these,” explained Essack.

Essack said he has lost a friend and a colleague whose passion and love for the traditions, heritage and culture of Seychelles – 115 islands in the western Indian Ocean – cannot be measured.

Rosalie is survived by his wife, daughter, as well as his siblings.

Obituaries » Be a reporter: Write and send your article » Subscribe for news alert
Tags: APOCHIS, Seychelles Authors and Composers Society