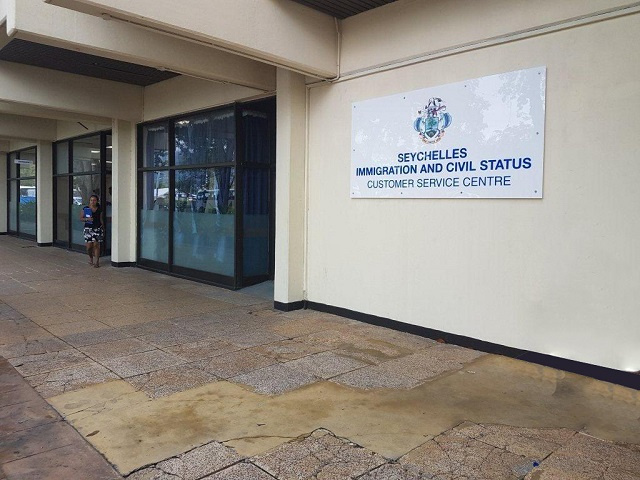 “Under  the new system all data will be entered only once by the Civil Status officers, making the issuing of national identity cards, birth, death, and marriage certificates more efficient,” (Department of Immigration and Civil Status) Photo License:

The Seychelles’ Civil Status department has launched a new comprehensive system to better collect and manage information and data relating to the population of the island nation.

The new system -- National Population Database Information System -- which is already operational, has been set up in collaboration with the Department of Information and Communication Technology (DICT).

The Principal Civil Status Officer, Noella Flore, told reporters in a press conference on Wednesday that this has been created as there were different separate systems collecting data and issuing documents.

“Under the new system all data will be entered only once by the Civil Status officers, making the issuing of national identity cards, birth, death, and marriage certificates more efficient,” said Flore.

According to Flore “another reason for the replacement was that the old system had become obsolete and it was taking too much time for people to acquire their documents.”

“Now we have created a sort of a one-stop-shop whereby an individual can acquire all documents under one system,” explained Flore.

With this new venture, the department is also centralizing the services that it offers. From now on all the documentation will be issued at only one location - the department's office on the ground floor of Independence House in Victoria.

The fee to acquire the birth, death or marriage certificates will be unchanged and remains $4.

The Principal Analyst Programmer from the Department of Information Communications and Technology, Krisl Gopal, said that the system was developed a while ago but its endorsement took some time.

Gopal added that “it is very easy to operate. It is like any other database system where you can get input information or take out information. All the database will be secured by our department.”

Further to the new system, the Principal Civil Status Officer said that as of January next year, the day for birth declarations will be changed from Monday to Friday to only three days, that is from Monday to Wednesday. Flore said that this will facilitate operations at the office.

Seychelles, a group of 115 islands in the western Indian Ocean, has a population of about 96,000.