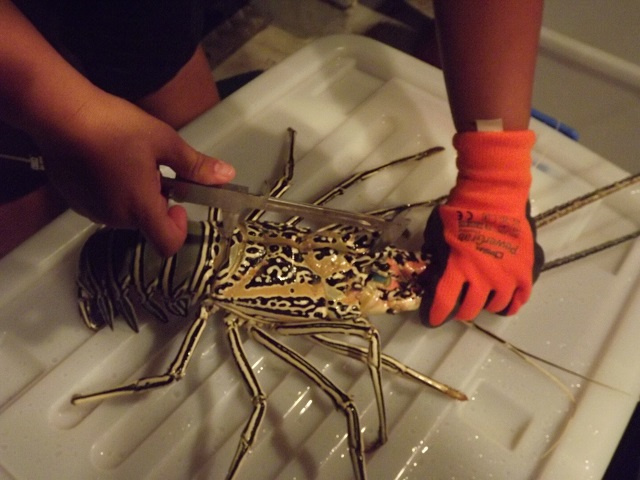 The lobster fishing season was last open in 2016/2017. (Ministry of Fisheries and Agriculture)

(Seychelles News Agency) - After closing down for two years, the lobster fishing season has reopened in Seychelles after an independent survey found an increase in the numbers and size of the island nation's lobsters.

The 2019/2020 season opened on December 10 and will close on March 10. Sixteen licences are available on a first-come, first-served basis. Ten are available in Mahe, the main island, four for Praslin and two for La Digue – the second- and third-most populated islands respectively.

"All 10 licences for Mahe have been allocated and fishermen have started their fishing operations. Fishermen from Praslin and La Digue are yet to come forward," the Ministry of Fisheries and Agriculture said in a press communique on Friday.

To assess the effectiveness of the closure, a fishery-independent survey was undertaken at 20 indicator sites around Mahe.

The Seychelles Fisheries Authority conducted a Participatory Lobster Monitoring Programme in October, where a total of 114.8kg of lobster was caught. This represents a 48 percent increase from last year's 77.4kg worth of catch.

The capture of lobster such as the Seychelles artisanal spiny lobster is done in shallow waters around Mahe, Praslin and La Digue -- the three most populated islands of the archipelago in the western Indian Ocean.

Fishermen either snorkel or skin dive to find these delicacies. The capture of egg-bearing females, as well as those with a carapace length no greater than 7.5 centimetres, are strictly prohibited. Lobsters below the minimum size and egg-bearing female are to be released into the sea.

This year, the authority has issued additional licence conditions. These include a limit of four divers per licence holder, and a maximum of six traps are allowed for those who prefer this method.

The compliance bond of $366 (SCR 5,000) is still in place as a precautionary measure to ensure that fishers comply to their obligations of providing the authority with the required information as per the conditions of their licence.

Fishermen are required to fill out logbooks so that the authority can monitor their catch and fishing effort and the information is analysed along with the findings of their independent surveys.

The lobster fishery has traditionally been managed as a seasonal closure and limited access fishery. This is because fishers primarily exploit the shallow water and coastal stocks, where abundance is limited, thus causing rapid localise depletion with high fishing pressure.

Over the past, there have been several significant declines of these coastal stocks when too many licenses were allocated, or when the fishery has remained opened for more than three or four consecutive seasons.

An individual caught illegally fishing for lobster during the closed season will be liable to prosecution and subjected to a fine of up to $732 (SCR10,000). It is also illegal to sell, purchase and be in the possession of local lobsters.