French tourist injured by shark in Seychelles is in stable condition; first attack since 2011 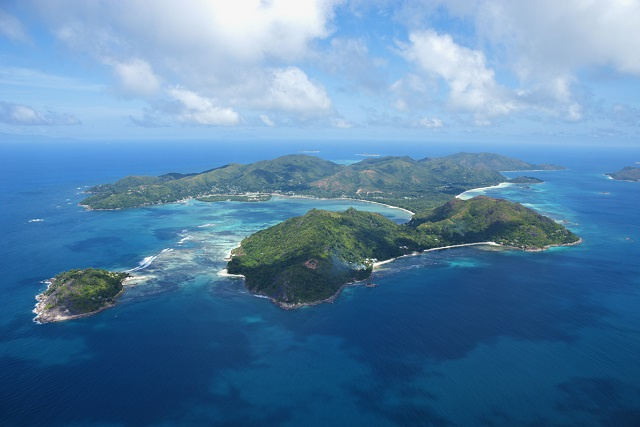 The incident happened on Saturday while the victim was swimming at Amitie Beach on Praslin, the second-most populated island. (Gerard Larose, Seychelles Tourism Board)

(Seychelles News Agency) - A French national severely injured after being bitten by a shark over the weekend is in stable condition, the French ambassador to Seychelles said on Monday.

This the first reported shark incident since the fatal shark attacks in the island nation in 2011.

The Seychelles Tourism Board (STB) said Sunday that the 45-year-old woman was severely injured on her arm while swimming at Amitie Beach on Praslin, the second-most populated island.

STB said the incident occured around 7 p.m. at an estuary where the victim was swimming and that no precisions were given on the kind of shark that bit her. The victim was airlifted and rushed to the Seychelles Hospital on the main island of Mahe for treatment.

The French ambassador to Seychelles, Dominique Mas, told SNA he visited the victim in hospital whom he said had surgery and is in stable condition.

The French national is on holiday in Seychelles, a group of 115 islands in the western Indian Ocean. She arrived on December 14 and is due to leave on January 11.

Minister Maurice Loustau-Lalanne said that it is regrettable that this incident has happened in the Seychelles' waters.

"I convey my sincere wishes to the lady for a speedy recovery. Adventures in nature sometimes come with a risk factor that we cannot predict but I would also like to reassure our visitors that this is an isolated incident and that Seychelles remains a safe destination," he said.

Loustau-Lalanne is overseeing the Ministry of Tourism, Civil Aviation, Ports and Marine, in the absence of Didier Dogley who is currently absent from the country.

Despite the huge expanse of coastline and beaches found in Seychelles, shark attacks remain rare. The last fatal shark attacks in the island nation happened in 2011 and were the first in decades. The attack occurred on Praslin at Anse Lazio and cost the lives of two visitors, one from France and another from the United Kingdom.

The director general of the Seychelles Maritime Safety Authority, Joachim Valmont, told SNA that the authority is staying on the lookout. Meanwhile, the authority is calling on the public and tourists to keep in shallow waters and avoid swimming at night when the water is not clear.

Valmont said all necessary steps have been taken to alert all lifeguards to remain vigilant for sharks approaching the beach and for them to react quickly in case of an attack.

After the 2011 incidents, the Seychelles Maritime Safety Administration has taken other precautionary measures which include a permanent presence of lifeguards on the beach and installation of drum lines off the shores of Anse Lazio.