How to combine information technology and opera? Seychellois in U.S. does both 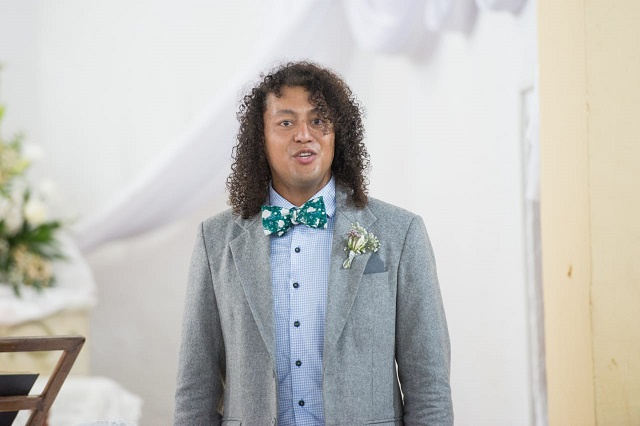 Bynum, who has been singing professionally for the past four years, has just landed a leading role, playing the character of Mozart in the Mozart opera called “The Impressario” singing with Mill City Summer Opera. (Helena Butler-Payette)

It seems a monumental task: juggling information technology and theatrical performances as advanced as opera.

Phinehas Bynum does them both. As he put it: Technology needs art for human creativity, and opera need technology to keep adapting and to remain relevant.

Born to a Seychellois mother – Clarence Bynum, née De Letourdis - and an American father, Bynum solves tech problems during the day as a Field Tech for Foundation Technologies. By night he sings opera.

Bynum, who has been singing professionally for the past four years, has just landed a leading role, playing the character of Mozart in the Mozart opera called “The Impressario” singing with Mill City Summer Opera.

Originally, from Utah, Bynum currently lives in Minneapolis in the United States of America. He studied voice and computer science at St. Olaf College and records electronic, folk, and jazz music in his home-based studio.

Bynum was in Seychelles - 115 islands in the western Indian Ocean - in November for a family wedding and SNA caught up with the 29-year-old to find out more about his intriguing passions.

SNA: So who is Phinehas Bynum?

PB: I was raised in the US. My mum is Seychellois and my father  - an American - was in the Peace Corps and when he came to Seychelles to teach at the Seychelles Polytechnic he met my mother, fell in love and got married. They then moved to the States where I and two other brothers were born. My mum is a former nurse and is still a caregiver back home.

SNA: And when did music started to be part of your life?

PB: Music has always been part of my life. My grandfather on my mother’s side, Louis Letourdis was a jazz musician and played music around the islands and my paternal great grandfather was an opera singer.

So music has been a great part of my life growing up, listening to jazz and my mum loved opera music as well. She played records of Pavarotti and Carouso. So I grew up appreciating opera.

I was classically trained in college and as a child, I went to choir school for elementary and I sang in a choir all the way through college. I really developed a love for opera singing especially solo singing. Music has always been there. It is like breathing. I chose music, I am music.

PB: There is a roundness in opera. And yes I love pop and hip hop and I like jazz especially. But the root of opera is the craft of your voice, where you train every day and the type of opera that I study is really about letting the beauty of your voice bring out the emotions that you are feeling. So I have always been drawn to that. Kind of being the pursuit of excellence in me in a creative way. It mixes also with the freedom of expression and opera does that to me.

SNA: How are things going since you have been singing professionally?

PB: I started by getting small parts in the chorus in the different opera houses. Last year I did my two solo lead roles and this the year I have three significant roles and all these were with the Minnesota Opera Company.

Last year, in December, 12 of us did a national tour for a whole month where we did 17 shows.

I also perform with the Skylark Company. My most recent role was with them. Another successful performance was “Candie” in March this year.

Lining up now is the leading role as Mozart and I have also secured a chorus role in the world premiere of Edward Tulane, singing with Minnesota Opera, scheduled for March 2020.

SNA: And how to balance these two things, information technology, and opera singing, which are seen on opposing ends?

PB: For me, it is not easy, the balance is difficult. But I see it in that way, what is lacking in IT is the human element and on the other hand, opera needs technology. Technology needs art for human creativity and opera needs technology as a way to reach out, to keep on adapting and to remain relevant. And for me, I just follow my heart and get the task accomplished.

SNA: Seychelles is also your home, any long term plans as an opera singer here on the islands, though currently here opera singing is nearly nonexistent!

PB: I would love to share my story here, especially because I was scared to dive into opera singing. That is why I say what is important is to aim high, trust in your hard work and in god. And follow your heart.

I’d love to come back, do something and give back to the community.

PB: I love what I do. And I have been blessed to have been acclaimed for what I am doing. And now I am also getting offers for productions as well and I see many potentials for me, at the next level as well.