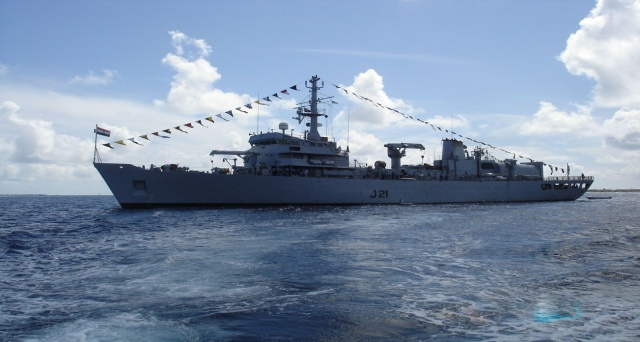 INS Darshak will carry out a hydrographic survey in the seas around Mahe, La Digue, and Praslin. (Indian High Commission)

(Seychelles News Agency) - A hydrographic survey in Seychelles' waters by an Indian navy ship will allow the island nation to update its nautical charts and facilitate the implementation of national projects.

The ship, INS Darshak, will carry out a hydrographic survey in the seas around the nation's three main islands of Mahe, La Digue, and Praslin.

Joachim Valmont, the director general of the Seychelles Maritime Safety Administration (SMSA), told SNA on Monday that these surveys will serve to reinforce safety for maritime navigation and other maritime activities.

"The survey will provide us with much-needed data for our own records as well as the latest information which is necessary for future projects, for example, the extension of main ports as we anticipate some dredging activities in these areas," explained Valmont.

The vessel will survey areas around Port Victoria - the main port of the island nation - as well as port areas of La Passe, La Digue, and Baie Ste Anne on Praslin.

"This will be the fourth visit by INS Darshak to Seychelles, the last one dating back to 2015. The deployment of the Indian hydrography ship on this survey assignment adds yet another chapter to the strong defence and maritime cooperation between India and Seychelles," added the communique.

INS Darshak has a crew of 171 and is carrying a Chetak helicopter, primarily used to ascertain the geographical extent and nature of coastline during the survey operations.

The ship will conduct the survey for 12 days and the work is expected to be over by January 15. The Indian Navy officers are also having meetings with the national hydrographic committee over the survey requirements.

During the port call, the commanding officer of the vessel -- J. Gurumani -- also paid courtesy calls to various dignitaries including Barry Faure, secretary of state for foreign affairs.

The ship's officers and crew members will also participate in several sporting, social and charitable activities during their stay in Seychelles, an archipelago in the western Indian Ocean.