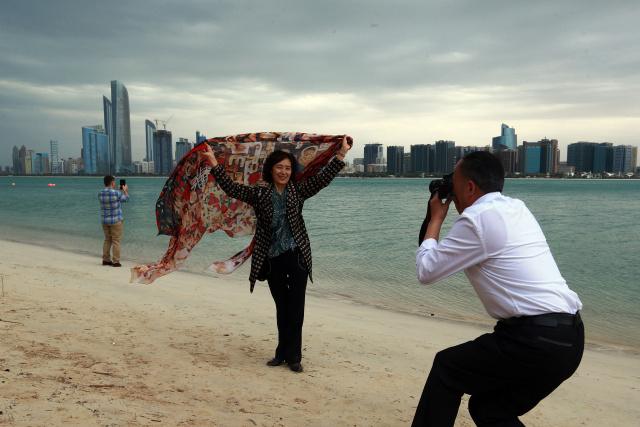 Tourists gather at Abu Dhabi sea front before a heavy rain storm on March 9, 2016. Schools in the United Arab Emirates were ordered to shut after rare heavy rain hit the desert Gulf state, causing flights to be suspended and flooding roads. (STRINGER / AFP)

(AFP) - The United Arab Emirates on Monday introduced a multiple-entry visa scheme valid for five years for all nationalities, with the aim of turning the Gulf state into a tourism hub.

"The new tourist visa will be valid for 5 years and can be used for multiple entries and is open for all nationalities," the Dubai Media Office wrote.

Travellers from Africa, some South American countries, Arab states outside the Gulf, and European states from outside the European Union and former Soviet Union previously needed visas.

In October, Dubai is to host Expo 2020, a big-budget global trade fair.