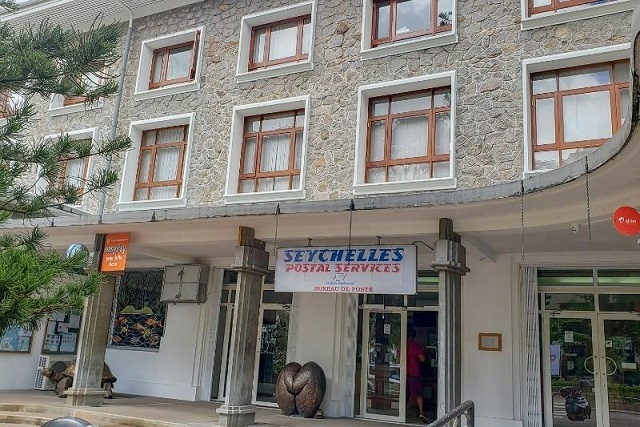 Since the beginning of the year, there is a processing fee for collecting packages through the post office or at the international airport.  (Salifa Karapetyan, Seychelles News Agency)

(Seychelles News Agency) - Courier companies and individuals collecting parcels at the Seychelles' international airport or post office will pay a processing fee of SCR 100 (about $7) under a new regulation effective since the beginning of the year, said a top government official.

The principal secretary for Trade, Cilia Mangroo, told a press conference on Wednesday that this is not a tactic to discourage online shopping, but a normal procedure applied in most countries.

Mangroo said that courier companies should pay the fee to clear the parcel, then the client makes a refund "as we don't want people to come and line up at the airport to acquire their goods."

The principal secretary said that since the processing fee was introduced, courier companies are telling clients to go and pay the fee directly at the airport to collect their parcel.

"This should not be done this way as the courier companies should assist their client as per their policy and especially due to the fact that they are collecting a premium for custom clearance," added Mangroo.

The principal secretary said the trade department has consulted with the courier companies transacting in Seychelles, a group of 115 islands in the western Indian Ocean.

"We have been issuing letters to the courier companies to advise them about the new development. This is not a tax.  When you pay for a premium with these companies, it should also involve custom clearance and a door to door service," she said.

Seychelles maintains a strict security policy when it comes to clearance and delivery of packages. Every package goes through Customs for security purposes and documentation and if everything is in order, the packages are handed over to the courier companies or individuals for delivery and collection.

Since the introduction of the processing fee, members of the public have raised concerns on social media that the fee should not be applicable as they pay a shipping fee already when they purchase their packages.

"This is true, but this a shipping fee and it goes for the company doing the shipping. What we are asking the couriers and members of the public to pay is a Customs fee," said Mangroo.

She gave an example of how the fee will work and said that "let's say you are buying 10 earrings and they come in different packages, the purchaser would have to pay SCR100 for each package, although it has been bought from the same site."

Although this is not a tax payment, the fee will be collected by the Seychelles Revenue Commission and put in the consolidated fund.

The acting commissioner of Customs, Francois Ally, said that clients who purchased the item before December 31 will not have to pay the fee.

SNA contacted one of the main courier companies in Seychelles and the spokesperson said that the processing fee is new to them so would not comment further.