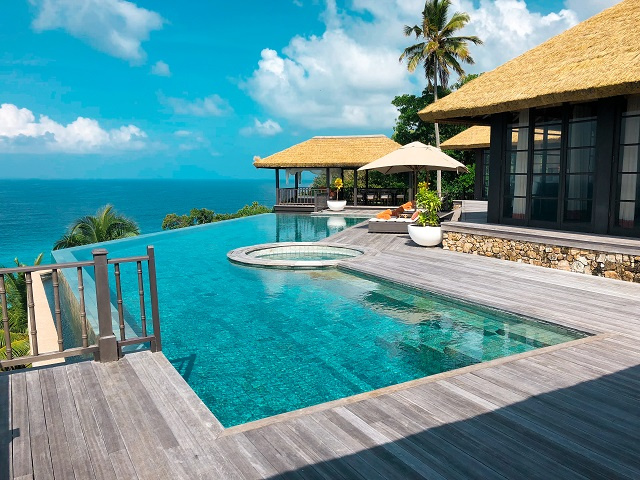 Despite the growth, tourism officials say there is still a lack of rooms in hotels during some months of the year. (Fregate Island Private)

(Seychelles News Agency) - Increased visibility online and an embrace of international sporting events led to a 6 percent increase in tourism arrivals to Seychelles in 2019, surpassing the goal set by the Seychelles Tourism Board, said a tourism official.

According to the Seychelles Tourism Board (STB), the growth is a result of its marketing strategy of increased visibility online.

Sherin Francis, the chief executive of the board said its marketing strategy and collaboration with partners are bearing fruit.

“Our mandate is to market Seychelles, which we are actively doing with the support of our partners. Aside from our traditional methods, we are now actively present online,” said Francis.

She added: "Throughout our participation to international events around the world, our teams are still concentrating on pushing Seychelles to potential holidaymakers for months that are considered low season for the destination.“

Francis explained that the increase has exceeded STB’s set target, which was 4 percent. “In the two past years, one of our strategies was to increase our visibility through collaborations with prestigious sports events held on our shores and this has opened our beautiful islands to another audience altogether.”

Germany continued to lead the tourism market for Seychelles – 115 islands in the western Indian Ocean – with around 70,000 visitors. Second was France followed by the United Kingdom and Northern Ireland, Italy, United Arab Emirates and Switzerland.

Daniella Marie from Copolia told SNA on Wednesday that it is good news that more tourists are visiting the islands.

“However it important that when they do come, they also spend not only on accommodation but spend more on other services such as restaurants, taxis, water sports, and touring. This will ensure that more Seychellois can benefit,” explained Marie.

According to Marie more is also needed from the business sector with the support of the government.

“Take for instance last weekend we had the long New Year break, but we still had the cruise ships in the port. But sadly all were closed in town and there was nothing for the visitors to see or do. And that has to change,” said the former marketing executive.

But despite the growth, tourism officials say there is still a lack of rooms in hotels during some months of the year. This has been an issue since 2017, where for several months – March, April, October, November, and December - some establishments were closed for sales as they were fully booked.

Researching the issue, SNA found out that whilst there is the current moratorium on the construction of large hotels, small tourism establishments keep opening on all the three main islands.

In total there are 731 such establishments – 463 on the main island of Mahe, 167 on Praslin and 96 on the third most populated island of La Digue.

Speaking to SNA, Lydia Bastienne of Mamila Charters and Watersports, who also has experience with guest houses, said that it is true that those small establishments do well with bookings all through the year.

“But what can also be observed is that visitors hardly spend here apart from their accommodation and other basics. Yes they say it is expensive here and it is true, but there are some activities such as fishing excursion which they used to love but currently is not doing too well,” said Bastienne.

Bastienne added that the tourism ministry should work closer with local tourism actors and also look at other initiatives that could entice more visitors as for now, the emphasis is on the sun, the sea, and the beach.

Tourism » Be a reporter: Write and send your article » Subscribe for news alert
Tags: Mamila Charters and Watersports, Seychelles Tourism Board, tourism market