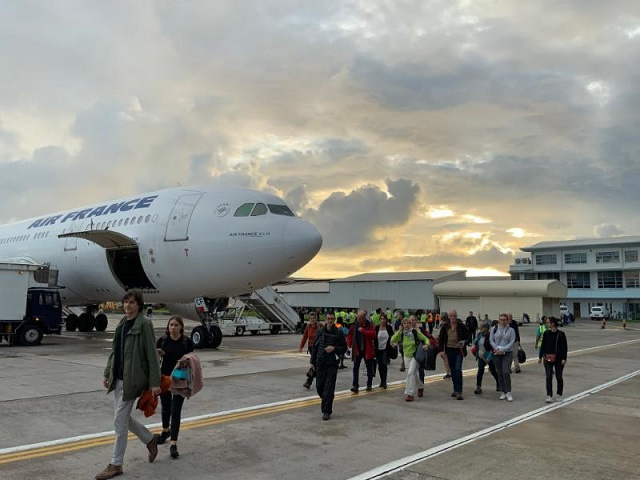 Statistics of the National Bureau of Statistics last week showed that tourist arrivals for 2019 had increased compared to 2018. (Seychelles Civil Aviation Authority)

(Seychelles News Agency) - The Seychelles Tourism Board (STB) will focus on increasing the number of visitors in the months of May, June, and September, which are seen as low-performance months compared to the rest of the year.

The board announced the new focus on Tuesday during the board’s marketing review for 2019 at the Eden Bleu hotel.

Tourism official also raised concerns about the impact that a lack of flights can have on the German market, currently the top market for Seychelles.

Addressing the partners from the tourism industry at the meeting, STB’s Chief Executive Sherin Francis said that even though 2019 was a strong year for Seychelles' tourism industry, there is room for improvement.

The Minister for Tourism, Civil Aviation, Ports and Marine, Didier Dogley reminded everyone that even though the industry has done very well there is a need to strategically strengthen Seychelles’ marketing capacities to sustain and grow in key markets.

“More importantly, according to the Central Bank of Seychelles, we also registered provisionally a 6 percent growth in revenue.  This has been achieved following a constant and gradual increase in numbers of visitors and receipt over the past five years,” said the minister.

It was revealed at the meeting that the latest figures for 2019 show growth in terms of income coming from the tourism industry, amounting to $576 million.

However, Dogley had concerns. “The news that Eidelweiss and Air France will only be operating winter schedules is of concern as is the plight of Condor, which has applied for a bridging loan and whose own future performance is destined to affect that of our German market.”

At the end of 2019, 72,500 Germans visited the islands. In general, an increase of 10 percent was recorded in the European market with an increase of 18 percent for Germany. The American market has also shown a significant increase of 9 percent in 2019.

There has been a decline in some markets including in France, Austria, and Asia. Despite a decline in the number of visitors from South Africa in 2019, it remains the main African market with 11,909 visitors.

Throughout 2019, the board had put emphasis on its marketing efforts across the globe with the support of its offices and partners where 73 PR events, 188 joint trade promotions and 92 trade and consumer events were held.

“2020 is a very prominent year for us. As a country we feature in the Dubai 2020 Expo and also celebrating our 250th anniversary, as we market the country to our diverse audiences,” said Francis.

Statistics released by Seychelles’ National Bureau of Statistics last week showed that tourist arrivals for 2019 had increased compared to 2018 with 384,204 visitors coming to Seychelles – 115 islands in the western Indian Ocean.