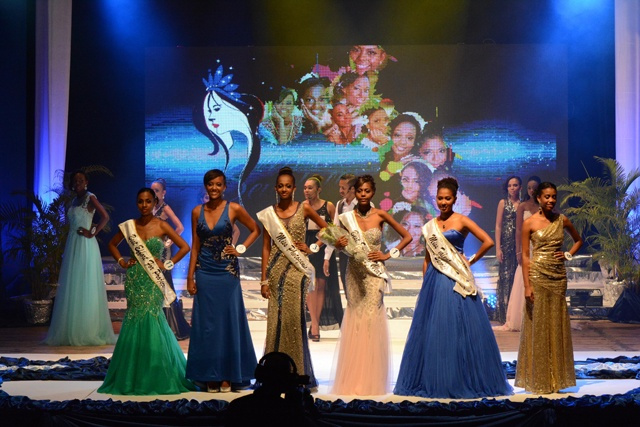 In 2012, after an absence of three years, the pageant was relaunched by the Seychelles Tourism Board as the Miss Seychelles... another world Beauty Pageant. (Patrick Joubert, Seychelles News Agency)

(Seychelles News Agency) - The Miss Seychelles beauty pageant is back this year and the new organisers are planning the event for June.

The contest is expected to be held every two years to allow winners to be more involved in communities and charitable activities.

Stephanie Duval of the newly formed organisation Beauty Empowerment Seychelles (BES) told SNA on Monday that the absence of Miss Seychelles over the last two years is one of the main reasons the group has decided to bring back the pageant.

“The legal name that has been registered for the pageant is ‘Miss Seychelles the National Pageant’,” explained Duval, adding that “the pageant is different from the previous ones because training has been carefully structured and will be conducted by the most respected people in the relevant fields.”

According to Duval, who is the chairperson of the group, the public can expect to see a super progressive behind-the-scene team.  "And as for the contestants, the finest that Seychelles has to offer in terms of personality, beauty, and brains.”

Duval explained that the team behind this year’s pageant includes former beauty pageant contestants and winners as well as those who have experienced in organising pageants such as the Miss Seychelles Plus.

The Miss Seychelles beauty pageant is the oldest pageant organised in Seychelles – 115 islands in the western Indian Ocean. Its first edition was held in 1969, and throughout the years the event has been inconsistent and not organized annually as it was supposed to be.

In 2012, after an absence of three years, the pageant was relaunched by the Seychelles Tourism Board as the Miss Seychelles... another world Beauty Pageant. The aim was to highlight the high standards of feminine beauty and elegance found in the islands.

In 2017, when it was last held, the pageant was organised by the Creative Industries and National Events Agency (CINEA). Its chief executive Galen Bresson told SNA that it is best that the private sector takes the lead in the organization of such an event.

“In any event, we look at its benefits, unfortunately in this case, we cannot see that, yes it brings emancipation of the women but what it really does for the country?” explained Bresson,“ it does not bring prominence to the country.”

Bresson added: ”When we went to China, Miss Seychelles lost her visibility and became a Miss World contestant, just adding to the numbers and when we look at the voting trend it is more on a digital platform. Looking at our voting capacity it is so farfetched that we will ever be able to get anywhere in the Miss World.”

The chief executive said that as the pageant itself has a commercial value locally, the private sector is best to push that aspect forward.

The venue of the Miss Seychelles the National Pageant is yet to be revealed but Duval said organisers are targeting up to 15 participants aged 18 to 26.

“We want to empower them so that they can empower those around them and help make positive changes in their respective communities.” remarked the chairperson.

“Contestants will leave the pageant enlightened and enabled to make their dreams come true. The journey will be an unbelievable one for the contestants as there is a freshness of ideas that will certainly make this pageant stand out,” said Duval.

A pageant contestant who speaks 4 languages and straddles two countries: Seychelles and Kenya