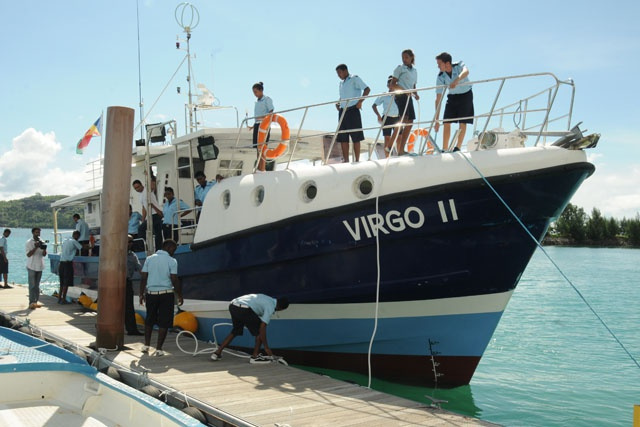 The third three-year agreement was signed by the Minister for Education and Human Resource Development, Jeanne Simeon, and the president of CINEC, Captain Ajith Peiris at the Ministry's headquarters.

The two institutions first signed the first agreement in September 2013 which allowed the Malabe, Sri Lanka-based institute to assume the management of the Academy. The main objective was to strengthen the Academy's institutional capability.

The Academy offers cadets certifications across varying levels in Navigation and Seamanship, Fishing Science and Technology and Marine Mechanics, in addition to several other short courses.

In thanking the Seychelles' government for placing confidence in CINEC to continue the management agreement, the College's President said since the partnership began in 2013 the local institution has benefited immensely.

"We are quite happy with the progress we have made in Seychelles, bringing in some direction to the maritime industry, with the training and also the professionalism that we have brought for the seafarers of Seychelles," said Peiris.

The chairperson of the governing board of the Seychelles Maritime Academy, Conrad Benoiton, said many young Seychellois have benefitted under the agreement. This includes 93 young mariners who are now working on the Seychelles tankers operated by the Seychelles Petroleum Company (Seypec).

Ten young cadet officers have started a three and half year programme on the tankers, while eight persons have enrolled on the Seafarers experience programme where they spent 36 months on a ship, before taking up a full-time post on a vessel.

"Quite correctly, CINEC has played a significant role in the educational marine sector but we also have now emphasised our position with the fisheries element of the sector within the maritime academy," said Benoiton.

CINEC's president said that like Sri Lanka, which earns over $300 million per year through maritime activities, the maritime sector of Seychelles also has great potential.

"In Seychelles although the number of seafarers is less, I still think they can contribute a significant amount to the country. So I think we are fortunate and happy to be a part of this exercise".

Benoiton added that this will target prospective young students who would like to take up scientific studies in the sector.

CINEC has assisted Seychelles to make the International Maritime Organisation's (IMO) white-list in 2015, only two years after signing the agreement.

In October 2015, the Academy was officially certified as ISO 9001:2008, an international standard that defines good management practices.