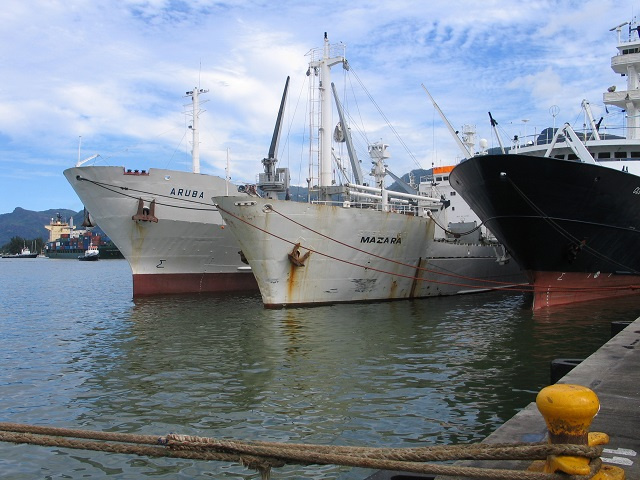 (Seychelles News Agency) - A new sustainable fisheries partnership agreement and protocol between Seychelles and the European Union (EU) is expected to be signed during the second half of February, officials said Monday.

The Minister responsible for fisheries, Charles Bastienne, told a news conference that negotiations for the new agreement were completed in October, and that Seychelles is now awaiting the EU's final approval before signing the agreement.

"We are waiting for the EU council to approve the legal text of the agreement which is a long and thorough process and this has resulted in the delay. That is why it hasn't been implemented and the EU-flagged vessels cannot conduct their activities in Seychelles' waters," explained Bastienne.

The previous agreement expired on January 16 and a new one was expected to have been signed by now.

The sustainable fisheries partnership agreement is a longstanding cooperation agreement between Seychelles and the EU. It enables EU vessels to fish in the waters under the jurisdiction of Seychelles, an archipelago in the western Indian Ocean.

The French Ambassador to Seychelles, Dominique Mas, told SNA that in the absence of a new agreement, the EU-flagged vessels are not allowed to fish in Seychelles' jurisdiction, so they are leaving to fish in international waters.

"If it goes on for a couple of weeks it will not have a major impact on the sector. However, if they take longer to sign the agreement this will definitely have an impact on the fishermen," said Mas.

Forty EU vessels are licensed to fish in Seychelles' waters but there are 27 active vessels, mostly Spanish and French purse seiners.

The European Union has given Seychelles a provisional date of February 16 or 17 for the council to give its green light for the signing of the agreement.

"Immediately after that the vessels will be able to resume their fishing activities," said Bastienne.

On its part, the EU explained that the procedure is a long one and goes through 78 steps.

EU's Ambassador to Seychelles, Vincent Degert, said the signing and the ratification could take place between February 15 and 28.

As for the ratification of the protocol, Bastienne said the document will go before the National Assembly once everything is signed.

"The purse seiners will still be able to fish in Seychelles' waters without the ratification of the National Assembly because there is a provisional application pending ratification. What is important is that the agreement has been signed. The ratification will be done at a later date," he added.

Meanwhile the chairperson of the International Affairs Committee in the National Assembly, Jean-Francois Ferrari, has expressed his dismay over the situation.

Ferrari said in a communique that "LDS (Linyon Demokratik Seselwa) as a political party and as a country, we feel let down by both our government and the European Union ... We have become the slave of their crippling bureaucracy."

He added that it has been more than six months since the International Affairs Committee in the National Assembly requested to be part of the negotiations.

"We were confident that if we were brought into the negotiations, we would be able to push for a better agreement in time to replace the old one".

However, he said, the LDS majority in the National Assembly will ratify the new agreement even if it is far from perfect.

"Because we know how important it is for our country and our workers in the fishing industry. Bring the agreement tomorrow and we will ratify it," he said.

Minister Bastienne confirmed that as a result of the delay, the $55 million in access fees that are paid in advance to the Seychelles government will also be delayed.