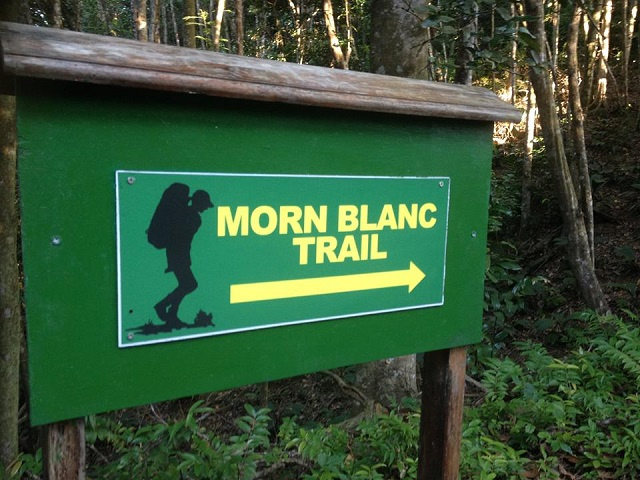 The competition is being organised by the Seychelles Tourism Board and its aim is to promote sustainability, green tourism and increase the destination’s visibility. (Nature trail in Seychelles)

Are you a nature lover or a hiking enthusiast who enjoys a good challenge? Were you contemplating visiting Seychelles in the near future?
If yes, then May might be the time for you to come as the island nation is gearing up to host the first-ever Seychelles Nature Trail competition.
The competition is being organised by the Seychelles Tourism Board and its aim is to promote sustainability, green tourism and increase the destination’s visibility.
“The event aims at propelling Seychelles’ engagement towards green tourism, enticing visitors to explore the destination’s lush biodiversity,” a press release from the board said.
According to the communique “it reaches out to sports enthusiasts through the portrayal of Seychelles as a versatile destination and most definitely an ideal sports venue.”
The event is set to take place on May 3 and is organised in collaboration with the National Sports Council and the Seychelles National Parks Authority which manages all nature trails of the island nation.
Already 200 participants from the region have confirmed their participation for the hike, set to take place in one of the most beautiful and biodiversity-rich trails of the Seychelles - 115 islands in the western Indian Ocean.
STB’s regional director for Europe, Bernadette Willemin, said that already there is international interest for the event including from two French nationals - Ludovic Pommeret and Benoit Girondel.
Pommeret was the winner of the Ultra Trail Mont Blanc 2016 and second runner-up of the Grand Raid (Réunion) 2009, 2014 and 2016, while Girondel has won two consecutive Grand Raid (Réunion), precisely in 2017 and 2018.
“We expect good participating numbers to the event as you know one does not have a chance to enjoy beautiful sceneries of paradise every day,” said Willemin.
The competition, which is expected to start early in the morning, will consist of a 25-kilometre run or hike and will start in the western district of Port Glaud. It will go through well-known hiking routes including Anse Major, Mont Le Niol and Congo Rouge before finishing at the neighbouring district of Grand Anse.
Michael Sabadin - a keen hiker for the past ten years - said that such an event was needed. "For many years we have been using only the sun, beach and sea to sell Seychelles. But what about our beautiful rich flora and fauna? Its high time tourists are invited to visit our mountains instead of staying only by the sea," Sabadin told SNA.
Damien Doudee - a local expert of plants especially the endemics - added that whilst the hike is a welcomed attraction “it is important that hikers stick to demarcated trails."
According to Doudee as this is a competition it is easy for participants to, in a hurry, trample over plants. "The area is rich with some of the rarest plants on the island nation so utmost care must be taken."
The international participants will compete in the male and female senior, and different master categories, while the locals will compete in only the male and female categories.
Medals and trophies among other prizes will be awarded to the best three of each category.
“We urge our local trail runners to contact the National Sports Council to join the event, which I believe will be a perfect challenge for them as they would measure their strength against international runners," said Willemin.
Entry forms with terms and conditions are already available on https://www.sportpro.re/ and the participation fee for foreigners is $33, while local participants will pay half the price.
Tourism » Be a reporter: Write and send your article » Subscribe for news alert
Tags: Seychelles Tourism Board, sustainability, green tourism, Nature trail competition, Seychelles National Park Authority, National Sports Council, Anse Major, Mont Le Niol, Congo Rouge