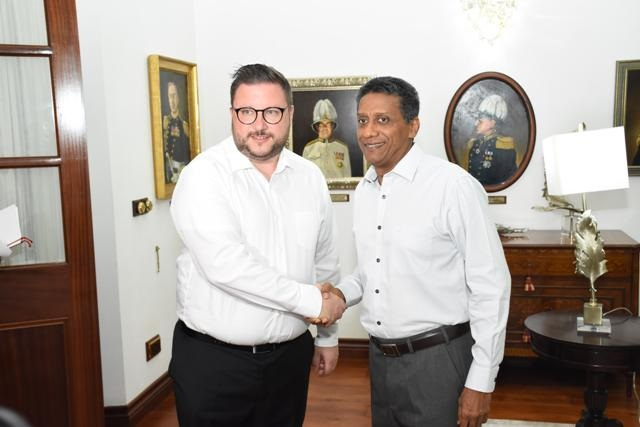 (Seychelles News Agency) - Switzerland and Seychelles both depend heavily on tourism and can work jointly in the sector, said the newly accredited Swiss ambassador.

Ambassador Chasper Sarrot presented his letter of accreditation to the Seychelles' President Danny Faure at State House on Tuesday.

"The meeting with Faure was an opportunity for us to review the diplomatic ties between the two countries and by that, I am especially talking about tourism," said Sarrot.

The new ambassador said that tourism is very important for both countries "in that we both rely on it heavily for the wellbeing of our economy."

"With a population of about 8 million people, this is quite a remarkable number of tourists from Switzerland visiting the island nation," said Sarrot.

He attributed this to the weekly direct flight between Zurich and Seychelles, a group of 115 islands in the western Indian Ocean.

Discussions between the Swiss ambassador and Faure also focused on health and how both countries can share their expertise.

Sarrot said Switzerland has been facing some challenges with regards to some health policies and "we have sat down to talk about the best practices to be used in the field of health."

Another subject touched upon relates to the preservation of the environment, which is also very crucial for tourism.

The newly accredited ambassador said that his aim during his tenure is also to look into avenues that have not been worked on yet and this will include more cultural exchange between the two countries.

"We are going to celebrate our 40 years of relationship next year. It will be a good opportunity for us to celebrate it together, exchanging two distinct cultures," said Sarrot.

The Swiss ambassador to Seychelles is based in Madagascar for four years.