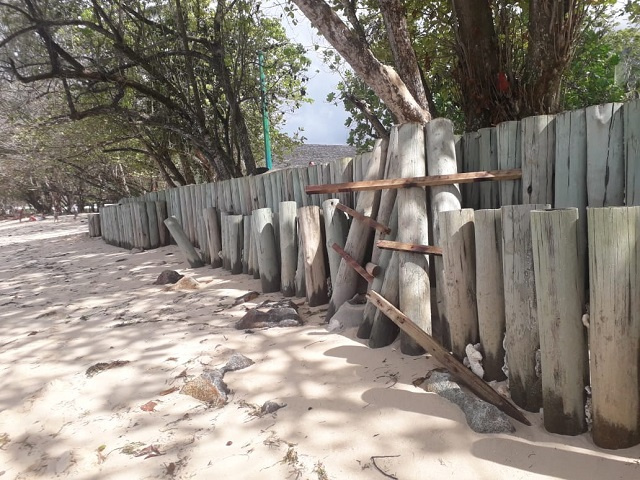 To protect its coastline from ongoing erosion, the government of Seychelles has embarked on an ambitious and high-reaching coastal management plan. (Climate Change Division)

According to a communiqué from the Department of Foreign Affairs on Sunday, the Principal Secretary for Climate Change and Energy, Wills Agricole, made this statement at a high level meeting on the sidelines of African Union (AU) summit in Ethiopia on Friday.

“In order to protect its coastline from ongoing erosion, the government of Seychelles has embarked on an ambitious and high-reaching coastal management plan costing $15 million,” said Agricole.

The side-event was co-hosted by Seychelles, an archipelago in the western Indian Ocean, along with Morocco and Gabon.

Agricole noted that the Seychelles has launched many initiatives to support its sustainable development goals, address climate change adaptation and ocean management effectively.

Proceeds from the bond will be used to support the expansion of marine protected areas, improved governance of priority fisheries and the development of the Seychelles' blue economy.

Making recommendations on the means and ways on how the African Union Commission can assist member states in technology transfer and exchange of expertise was one of the event's three objectives.

The other two were to explore means of capacity building in the development of early warning systems and enabling policy makers at the level of Ministers of Foreign Affairs to shed light on the existing adaptation strategies in Africa.

The latter also touched on how on-going climate actions on adaptation, mitigation and the building of resilience of the African continent can be supported.

During the event, African Ministers of State pledged to accelerate initiatives aimed at strengthening Africa's resilience in the face of the climate emergency.