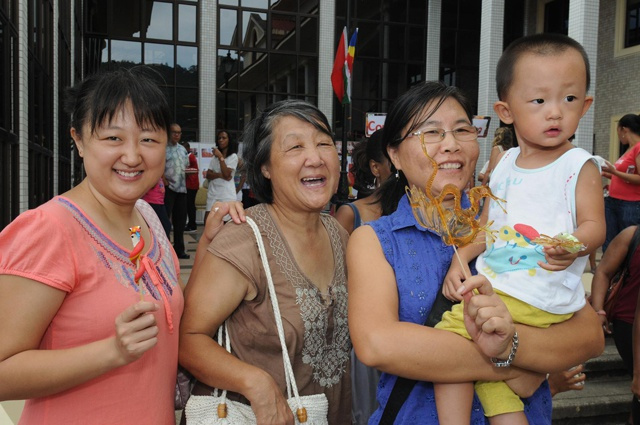 (Seychelles News Agency) - Three weeks ago the Chinese community across the world welcomed and celebrated the Chinese New Year or the Chinese Lunar Calendar.

Ahead of the island nation’s 250th anniversary in August, SNA looks at 5 interesting facts about the Chinese community in Seychelles – 115 islands in the western Indian Ocean.

Chinese arrive on the islands

The first arrival of the Chinese to the island nation dates back to 1863, with the second group of 23 other immigrants arriving from Mauritius in 1886.

At the turn of the century, some members who had established themselves on the main island of Mahe left to set up new communities on the inner islands, notably on La Digue.

Chang Kon Ah – Kon, Atoye, Wong – all from Canton in China - were the founders of this community on the third-most populated island. Today Ah-Kong with a slight variation in the surname, Waye Hive, and Wong are names still associated with La Digue, descendants who are now Creoles rather than Chinese.

Back in those days, the Chinese established themselves as general traders, amongst the Indians who were already trading on the islands.

At one point the Chinese shop Affoi & Company was the biggest general merchant on the islands with a shop at what is known today as the Victoria House in the center of the capital city of Victoria.

Some shops opened long ago remain open today and at the same location, these include Kim Koon, Ahoye, and Weeling. The latter's owner, Lee Weeling Lee, today well into his 90s, still comes to his shop daily.

According to the national archives, it was a Chinese man named Sheng who was the first to distill cinnamon on the islands. This was around 1898. Sheng no doubt brought with him his knowledge as the Chinese have been doing this for generations.

Though cinnamon was being distilled locally since the late 1800’s it took nearly 10 years before it was exported.

Through its exportation, cinnamon was once the backbone of the Seychelles economy and was renowned as the best in the world.

Chinese first to make soaps on the islands

It was the Chinese who were the first to make soap on the islands. One family who was in this business was the family of Joseph Kim Koon.

Kim Koon is the founder of the family business which is operational until today. The family owns an old colonial-style shop in the heart of Victoria since 1956.

For the soap production, coconut was the basic ingredient and these were sold in bars.

Chinese first to introduce the concept of bakeries

Nowadays bakeries can be found in every district of the islands, but back in the days, this was not the case. Bread, cakes were probably made at home for individual consumption.

But it was a Chinese man named Lai Lam who opened the first bakery on the islands in Market Street in Victoria back in the 1950s.

In fact, the Lai Lam bakery remained open for many years, where the family continued the trade. It later moved to Benezet Street until about 10 years ago when it finally closed down,

No Seychellois family get together would be complete without good food. In fact, good food will have to include a good chow mein, with meat or with vegetables. A good egg fried rice can be made more special by adding meat or prawns.

The food will be prepared with ingredients such as the soya sauce again introduced by the Chinese and the chopping using the number one utensil in a Chinese kitchen, no other than a cleaver!