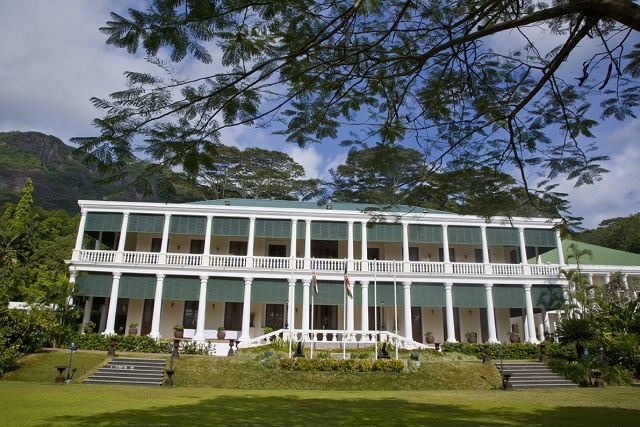 State House said the incident will be investigated by Justice Fiona Robinson in a press statement on Thursday. (Gerard Larose, Seychelles Tourism Board)

(Seychelles News Agency) - The Seychelles' president, Danny Faure, has appointed a commission to investigate a complaint from Leader of the Opposition, Wavel Ramkalawan, after Anti-Narcotics Bureau officers searched his luggage at the international airport on Saturday.

"The incident will be investigated by Justice Fiona Robinson and a report will be made and presented to the president within 14 days," State House said in a press statement on Thursday.

A search was conducted on Ramkalawan, the presidential candidate of the Linyon Demokratik Seselwa (LDS) party, upon his return to Seychelles from an official trip in South Africa. His diplomatic passport was also taken temporarily for verification.

In a news conference on Wednesday Ramkalawan said that the search was premeditated, malicious and intended to smear his image.

He added that he felt his rights were violated by the fact that he was not told why he was being stopped to be searched.

"I believe in the rule of law and it remains one of my core principle under which I operate. I am saying this because it can be interpreted that I am just complaining for the sake of it. I want to make it clear that I don't have any problems with the police searching my luggage, but as long as they do their job right," he said this week.

Ramkalawan lodged a complaint the same day which was confirmed by the Anti-Narcotics Bureau in a communique on Tuesday.

The leader of LDS, Roger Mancienne, said that their political party protests in the strongest possible terms to ensure that the authority of the ANB as a branch of the police force is not used for any improper action, especially anything that suggests political motivation.

"It has to be noted that attempts have in the past been made to smear election candidates, including with the accusation of involvement with drugs," said Mancienne in a press statement.