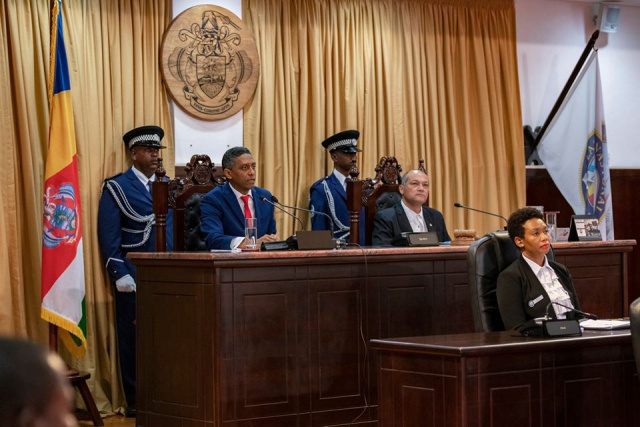 (Seychelles News Agency) - The government of Seychelles plans to remove the Value Added Tax (VAT) from all food commodities as part of measures to reduce the cost of living, President Danny Faure said in his State of the Nation address on Thursday.

Faure said that the cost of living is a concern for everyone and the government has taken many steps to alleviate the problem.

"In 2012, government introduced VAT to replace GST (Goods and Services tax). Gradually, as the economy performed stronger and the means allowed, we continued to remove VAT from food products," he announced.

The new measure will go into force on March 16, he said.

Last year marked the end of a decade that saw Seychelles continue on a path of progress and development and Faure said this decade is one where progress needs to be consolidated.

Along this line, he said that "the time has come for citizens to choose their District Council through free and fair elections. The District Council plays a key role in providing core local services for local communities."

Elections for the District Council will next be held January 21-23.

Progress has been made concerning housing, Faure said, though more needs to be done.

"I am pleased to announce that as a result of negotiations with the government of India, we will embark on a programme to construct 2,500 houses over the next four years. Forty percent of this programme is being financed through a grant and the remaining 60 percent will be financed by a loan that will be repaid by the government of Seychelles," he said.

As part of the measures that Seychelles, an archipelago in the western Indian Ocean, is taking to go green will be using electric buses for public transportation instead of diesel ones.

"The time has come for SPTC (Seychelles Public Transport Company) to move toward cleaner energy. Following our discussions with the government of China, next year we will receive 22 new electric buses," he said.

The buses will offer a direct service between Ile Aurore -- a manmade island from the northeastern side of Mahe the main island -- to the eastern district of Pointe Larue – near the primary school.

Climate change is a real challenge for the world and Seychelles as a small island developing states is particularly vulnerable.

Faure said that given the alarming rate at which sea level rise and erosion is damaging the coasts, projects need to be implemented immediately.

"I engaged international partners to access the necessary expertise to develop solutions – immediate solutions that we can implement on our coastlines. This work to minimise the risk of flooding and erosion will be financed by a 5 million Euro grant from Agence française de développement," he said.

Work will soon start in the priority areas which include Beau Vallon, Northeast Point and Au Cap on Mahe, and Anse Kerlan and Anse la Blague on Praslin.

In last year's budget address, it was announced that Gainful Occupation Permit (GOP) rates for foreign workers working in Seychelles for more than 10 years would be increased.

He also announced that as of June 1 foreign workers will also contribute 3 percent of their salary to the Seychelles Pension Fund.

"These foreign workers will receive 25 percent of their contribution when they stop working in Seychelles," he said.

Faure concluded his address in saying that "The state of our nation is our achievement. We have a bright future in front of us. Together in unity, in peace, in solidarity, and in stability, we will continue to overcome the challenges of our time and crown our success with the beauty of our hard work."

The two leaders in the National Assembly, Wavel Ramkalawan and Charles de Comarmond will give their responses to the President's address on Wednesday.