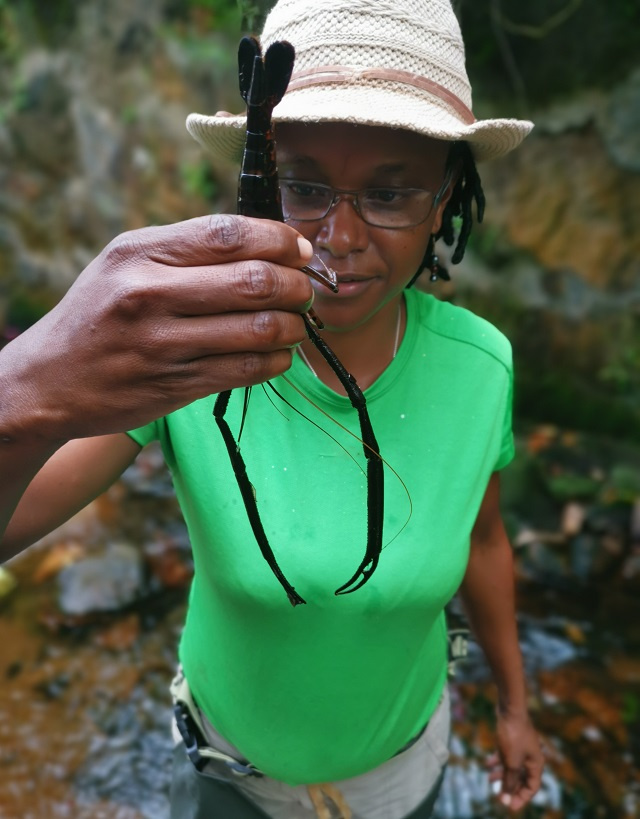 The project aims to set up an inventory of fishes and crustaceans in rivers of Mahe and Praslin. (Elvina Henriette)

(Seychelles News Agency) - The status of seychellum alluaudi will be established in a new project initiated by the Ministry of Environment, Energy and Climate Change.

The project aims to set up an inventory of fishes and crustaceans in rivers of Mahe and Praslin - the main and second-most populated islands.

A similar exercise in 2003 discovered a new fish - parioglossus multiradiatus - known locally as larkansyel which expanded the list to three freshwater endemics in Seychelles.

The two other species on the islands are another fish - killifish - known locally as gourzon and the seychellum alluaudi, a freshwater crab.

According to the director of biodiversity conservation at the ministry, the project will fill the gaps recently identified in the taxonomy in this region.

"Recent research clearly highlights the diversity of freshwater species in the Seychelles Islands and also identifies important data deficiency issues for freshwater species in this country. The project will contribute to determine the valid name of each species present, their distribution and their endemic status," Ashley Dias told SNA on Tuesday.

Dias added that the end product of the project will be a proposed exhaustive list of the species present and implement adequate management and conservation measures, as well as assist with overall freshwater management issues.

The project which started last week is being undertaken by conservation officers from the ministry, as well as by participants from not for profit organisations - Gaea Seychelles, Seychelles Islands Foundation and Marine Conservation Society.  Two experts from the National Natural History Museum of Paris - Phillip Keith and Marion Mennesson - will lead the exercise.

"This exercise will be more in-depth than the one did 17 years ago. We will concentrate on main rivers, such as Caiman and Cascade on Mahe and Pasquere and Salazie on Praslin," conservation officer Ashley Pothin explained.

Pothin added that they are hoping that new species can also be discovered and later identified as little information is available in terms of freshwater species in Seychelles - 115 islands in the western Indian Ocean.

The two-week survey will cover 14 rivers. In addition, the project will focus on increasing knowledge of important biodiversity areas.

"So we hope to fill in the gaps in knowledge with regard to target species,  cover species such as gobies, eels, and shrimps of cultural and economic importance to local people, involve relevant government institutions and community members, as well as provide opportunities for capacity building in taxonomy," concluded Dias.