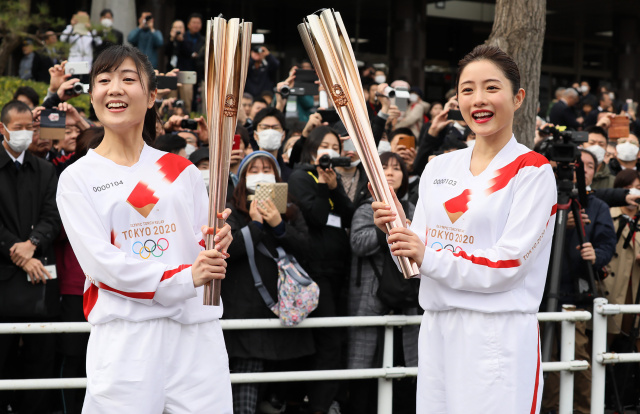 (AFP) - The International Olympic Committee is "fully committed" to holding the 2020 Games in Tokyo as planned despite the widening new coronavirus outbreak, the body's president has pledged.

The IOC "is fully committed to a successful Olympic Games in Tokyo starting July 24", Thomas Bach told Japanese media in a conference call late Thursday, according to Kyodo News.

The comments came as the viral outbreak across Japan and dozens of other countries has fuelled concerns about the Summer Games, with a swathe of other sports events postponed or cancelled.

Japanese Prime Minister Shinzo Abe has stepped up national measures to contain the virus, calling on organisers of large events to consider cancelling or delaying them.

Everything from football matches and music concerts to the rituals that mark the opening of the March sumo tournament have been affected.

On Thursday, Abe requested a nearly month-long closure of schools in a drive to curb the spread of COVID-19, linked to four deaths so far among nearly 200 known infections among the general Japanese public.

Some 700 infections were also detected among about 3,700 passengers and crew on a cruise ship that was quarantined off Japan after one of its former passengers tested positive.

Pound also said, however, there has been no formal discussion among IOC members about cancelling the Games.

In an interview with AFP, Pound said the Tokyo Games will go ahead as scheduled "absent some very serious and specific admonitions or regulations stemming from the WHO or the appropriate regulatory authorities".

"Unless there is a world situation that is so serious that the games cannot be held or that the regulatory authorities prohibit travel or that sort of thing, we're carrying on," he said.

"But it would be irresponsible to carry on without having at least in the back of your mind that something might happen."

Bach said the priority now "is to ensure the qualification procedure and protecting the safety of athletes at the same time", according to Kyodo.

"This is what we're doing in cooperation with the Japanese authorities, the World Health Organization, the Chinese Olympic Committee and many NOCS," Bach said, referring to national Olympic committees.

Disruption caused by the virus has affected Olympic qualifying in several sports, including football, boxing, badminton, handball and wrestling and sailing.

Tokyo's Olympic organisers have repeatedly said they are focused on holding a safe Olympics and Paralympics with the IOC's full backing.

General » Be a reporter: Write and send your article » Subscribe for news alert
Tags: Oly, JPN, 2020