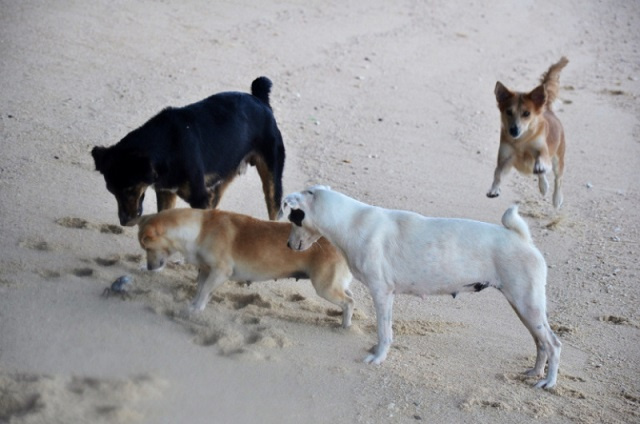 The National Biosecurity Agency will continue and intensify its registration programme to register dog owners in all districts so as to know how many dogs they have. (Seychelles Nation)

(Seychelles News Agency) - The implementation of Seychelles' Control and Protection of Dogs Act 2018 has been pushed back from March 1 to January next year, authorities said.

Officials from the National Biosecurity Agency - the authority mandated to implement the legislation - said on Friday that the new date will allow all key partners, especially dog owners, to better prepare and comply with the new law.

Marc Naiken, the chief executive of the agency, told a press conference that the decision taken is a result of consultations with the public including different groups, dog owners as well as those promoting animal rights.

“In the meantime, the National Biosecurity Agency will continue and intensify its registration programme to register dog owners in all districts so as to know how many dogs they have. Come December 31, maximum people would have registered on a voluntary basis,” explained Naiken.

This exercise will be done on the three main islands Seychelles – 115 islands in the western Indian Ocean. To register a dog, the owner needs to fill out a registration form available online as well as in all districts.

Following this, an appointment to visit the dog’s home will be set and statements made within the form will be verified.

“Come January 1 ... it will be an offence to have unregistered dogs,” said Naiken. Dogs will be registered and given microchips free of charge.  A certificate of registration will also be issued. A fee will be applicable once the law comes in force.

The Control and Protection of Dogs Act 2018, covers eight parts including the responsibility of dog owners as the law places the regulatory-responsibility on dog owners. Other parts pertain to registration, nuisance associated with dogs, as well as dog importation.

“The aim of the Control and Protection of Dogs Act 2018 is basically to control the stray dog and the dog population of the country. It gears at engaging owners responsibility and encouraging people to take responsibility for their own dogs and safeguarding animal welfare,” Stephanie Payet, a veterinarian with the agency explained.

Payet said that this year there will be a lot of educational programmes and activities to educate and change mindsets of owners and the public to respect the five freedoms of animals under human care as per international law.

The agency will also be increasing its efforts in other aspects such as the completion of a dog shelter and dog pound, on Mahe and a smaller one on the second most populated island of Praslin.

Noncompliance to the law will result in a fine of approximately $4,000 and imprisonment to up to two years. The National Biosecurity Agency will also continue with its sterilization programme which it started in 2017.

General » Be a reporter: Write and send your article » Subscribe for news alert
Tags: Control and Protection of Dogs Act 2018, National Biosecurity Agency