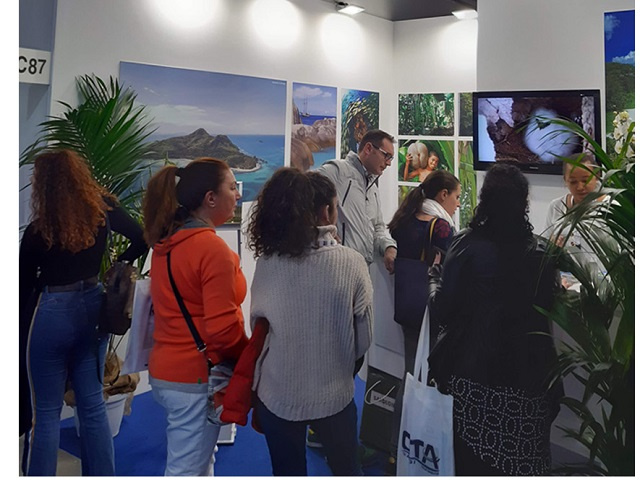 (Seychelles News Agency) - Maintaining visitor arrivals amidst the threat of coronavirus -- COVID-9 -- and in the upcoming low performing months topped the agenda as tourism partners in Seychelles met to discuss the 2020 tourism marketing plan.

Organised by the Seychelles Tourism Board (STB), the meeting on Thursday brought together representatives from hotels, destination management companies and airlines.

Though the meeting had been scheduled to discuss this year's marketing plan, the impact of COVID-19 on the trade and on Seychelles' main markets dominated the conversation as earlier in the week the Public Health Authority came out with new measures.

With effect as of February 24, all airlines with inbound flights for Seychelles are directed not to board any passengers or crew - except returning Seychellois nationals and residents - who have been to China, South Korea, Italy and Iran in the last 14 days.

"Italy has been put on the list of countries where we will not be accepting any travellers from that region. As a tourism destination, we will definitely be affected since March and April is the most profitable month in terms of European arrivals," Sherin Francis, the board's chief executive told reporters. Francis added that "Italy is a big destination as STB recorded a total number of 7,000 Italians last year alone."

According to the CEO "due to the ban that has been placed on Italy, we will lose those visitors and this will result in direct loses for restaurants, hotels and other services that they may have used when in Seychelles."

The coronavirus continues to spread in Europe with Italy as one of the most affected countries. Partners at the meeting discussed short-term strategies that will be taken to mitigate the situation.

"We will also put out a positive message to the effect that Seychelles still remains a safe destination. We have seen instances where a country is safe but there is still a fear for travel, so this is why we need to send out this positive message," said Francis.

The meeting had agreed to focus their attention and resources on cities with direct flights to Seychelles -- 115 islands in the western Indian Ocean -- which most travellers prefer. Currently, direct flights are available from the United Kingdom, Germany, France and Switzerland.

Some people SNA spoke to also raised their concerns about the impact that this may have as the island nation's economy depends highly on tourism as a main source of income.

The owner of a small establishment in the north said that already cancellations have been made and he fears that this will be a trend. "Only on Friday two cancellations were made," said the entrepreneur who wished to remain anonymous.

Lydia Bastienne, who is involved in water sports and boat charters, said that "for now there are still visitors around on the island but this may and can change."

Lyn Asba, though not involved in the tourism trade, feels that too much attention is put on tourism as the main pillar of the economy. "I feel that if anything happens that causes a decline in tourism, our country will be in a really big problem."

Asba feels that more efforts should be put in other areas such as exploiting the blue economy so that this can become another fund generating sector for the country.

Strategies to improve occupancy performance in months that visitor arrivals are low were also discussed. "The reason is to come up with strategies to push our destination during those months that we lack tourists," said Francis.

According to Francis what came out of the meeting was that airlines and hotels that will provide promotional offers during May, June, and September. "We want hotels and airlines to come together and be on the same page regarding all offers," said Francis.

Tourism » Be a reporter: Write and send your article » Subscribe for news alert
Tags: COVID-9, coronavirus, Seychelles Tourism Board