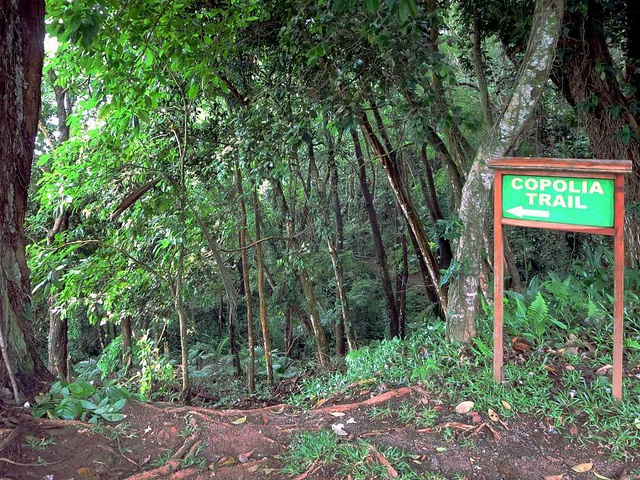 One of the trails where upgrade works are being done is Copolia. (Seychelles National Parks Authority)

The authority will now manage over 25 trails with added resources endorsed by the cabinet of ministers and the creation of a new unit to oversee all trails. As a way of ensuring sustainability and proper management of the trails, the authority is also introducing a fee applicable only for visitors to Seychelles.

"The cabinet had recently asked us to relook at nature trails to ensure that they are in order and to come up with a list of official trails.  We had to work with key partners including tourism and the police to finalise the list," Selby Remie, the chief executive of the authority, told a press conference.

Remie added it was in the best interest to update the status of the nature trails on the island nation, areas well appreciated by hiking enthusiasts. "An official trail is one that has been recognised by the authority which has the mandate to manage trails and has endorsed same for public use," said Remie.

To come up with the list was no easy task as staff of the authority had to walk all these trails to determine whether they were safe, accessible and not too isolated. At the end of the exercise some trails though currently being used did not make the list as they were seen as too dangerous, where hikers – especially nonresidents - got lost and in some instance got injured.

Seychelles National Parks Authority is also negotiating with some private landowners in the case where trails pass on their lands. Remie also told journalists that the authority has also undertaken works to upgrade trails with welcome and information boards, navigational and direction posts, danger signs, toilets and shelters. In the instance of the Anse Major trail which ends on the beach, visitors will also be able to buy refreshment and snacks.

"At the Copolia trail, we have now built a toilet and a shelter where they can take refuge from the sun or rain. And hikers will as of July need to pay $7 to hike in the area but the fee is not for Seychellois but only for visitors," explained Remie.

On La Digue – the third most populated island – the business community has come together to maintain the trails and waive off the fee for visitors.

And with only one month to go before Seychelles – 115 islands in the western Indian Ocean - hosts the first International Nature Trail competition on May 3, SNA asked whether SNPA was ready for the event which will see the participation of over 20 international participants.

"We will be ready as we have put all resources on the trails, earmarked for the competition," said the chief executive. The competition, which is expected to start early in the morning, will consist of a 25-kilometre run or hike and will start in the western district of Port Glaud. It will go through well-known hiking routes including Anse Major, Mont Le Niol and Congo Rouge before finishing at the neighbouring district of Grand Anse.