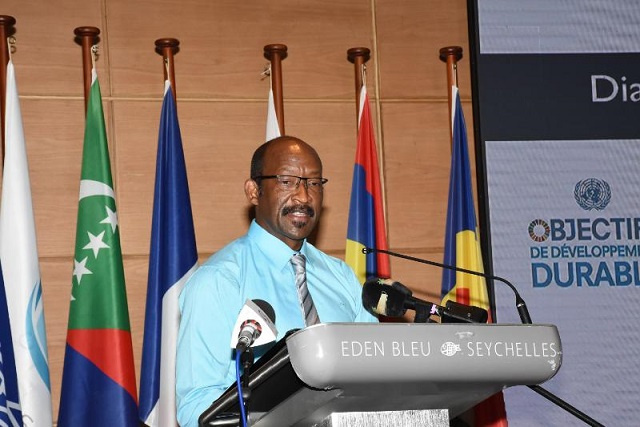 Vice President Vincent Meriton took over the head of the commission in 2018. (Joena Meme)

(Seychelles News Agency) - Maintaining regional stability in Madagascar and Comoros was among the achievements made during the one-year presidency of Seychelles over the Council of Ministers of the Indian Ocean Commission (IOC), Seychelles' Vice President said.

Vice President Vincent Meriton, the outgoing IOC president, spoke at the 34th Council of Ministers held at Savoy Resort and Spa in the northern Mahe district of Beau Vallon.

Meriton said that the Commission "is the only regional organisation that can really measure the needs of our countries to face economic, climate and security threats."

He added that "it is in that spirit that I feel Seychelles has been engaged in during its presidency to further promote regional stability by organizing listening and dialogue missions ... in Madagascar and the Comoros."

During the Council of Ministers, Seychelles, an archipelago in the western Indian Ocean, passed over the presidency to Comoros. The presidency rotates every year.

During the 34th session, the Commission signed three main agreements including a project financing agreement, an agreement on a statement of decisions made by the members of the council, and the Victoria agreement, which will see a meeting organised every five years to talk about different subjects.

General » Be a reporter: Write and send your article » Subscribe for news alert
Tags: Indian Ocean Commission, Council of Ministers