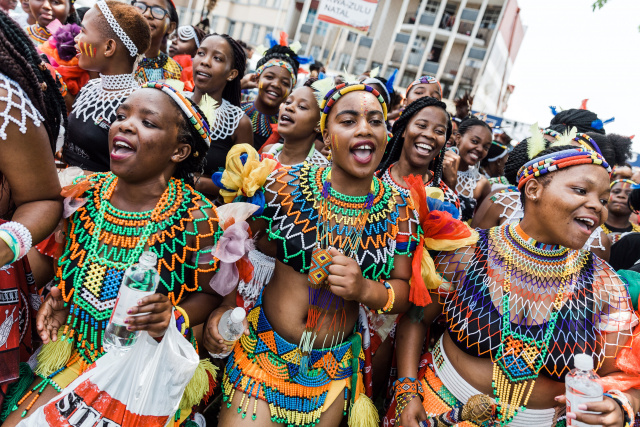 Women in their traditional outfits sing and dance in the streets during the Indoni SA Cultural Festival on December 14, 2018 in Durban, eastern South Africa. South Africa reported its first case of coronavirus on Thursday.
(Rajesh JANTILAL / AFP)

All three of South Africa's confirmed cases were in a group of 10 people who had travelled to Italy, the health minister said in a statement.

Italy has seen the most deaths from the COVID-19 disease of any country outside China, where the outbreak that has now killed more than 3,500 people and infected over 105,000 worldwide began in December.

Authorities said they had successfully traced all the individuals who went to Italy, although one of the group was not in South Africa.

The test results of the other six group members were expected within 48 hours.

South Africa reported its first case on Thursday. On Sunday the health ministry reported that the patient was now "upbeat and jovial", and asymptomatic.