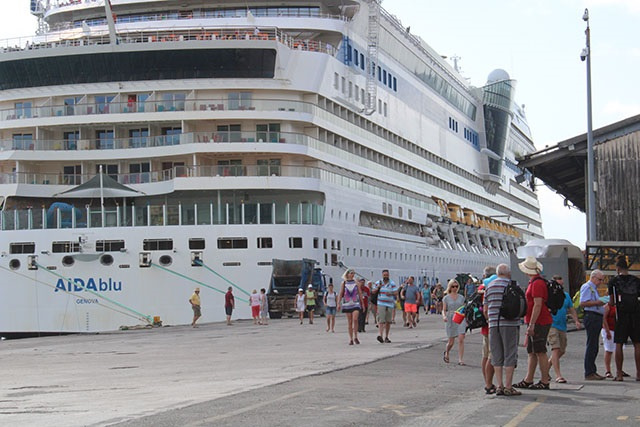 (Seychelles News Agency) - Seychelles on Monday announced it is temporarily closing down the island nation to cruise ships, a decision taken to protect the population from the threat of the COVID-19 virus but one that will also carry economic reverberations.

Top government officials met on Monday to discuss the imminent arrival of a new cruise ship -- the Norwegian Spirit -- and the 2019-2020 cruise ship season.

“Following our discussion and based on the global situation where we have seen the number of people infected and also its spread, the way it is being transmitted all over the world, especially in Europe, where most of our clients come from, we have decided with immediate effect to annul all activities related to cruise ships in Seychelles’ waters,” said Didier Dogley, Minister of Tourism, Civil Aviation, Ports & Marine.

Dogley said that local authorities last week had informed the Norwegian Spirit – due in Port Victoria on Tuesday - that neither crew nor passengers will be allowed to disembark on the island nation. Instead the ship will only be allowed to refuel and will then depart the same day or the day after.

Jude Gedeon from the health authority said that these decisions were taken in view that it would be difficult to trace all ports of disembarkations of the ship and of the challenges to screen thousands of passengers onboard to eliminate suspected cases.

“The route of the cruise ship during the last 14 days is not always clear. What contacts have they made in the ports they’ve gone through? And the one coming tomorrow has gone through several ports which has had transmissions of the coronavirus so with abundance of caution we have decided that it is not a good idea to take the risk and let passengers disembark,” explained the doctor.

Gedeon added that the closing of the season will also reduce stress on medical facilities of Seychelles – 115 islands in the western Indian Ocean.

“In principle when you have a suspected case in a crowd going into its thousands, management to take care of up to 3,000 people, we do not have the resources to do that. Even if we say we will isolate them in their boat, if someone falls sick on board whose conditions worsens and as per WHO’s regulations, the person must be bought to land for treatment. Our facilities do not allow us to take large numbers,”said Gedeon.

Another ship – Costa – arrived during the last week, and though it was allowed to berth close to Praslin – the second most populated island – no one was allowed to disembark. The ship has since departed.

The Seychelles Ports Authority said that it is in contact with local agents of the cruise ships to inform them of the developments.

According to Ronny Brutus the Chief Executive of the Seychelles Ports Authority agents needs to link up with the vessels to find out of their needs in terms of food and other provisions, but all measures will be taken to limit direct contact between crew members and local staff.

In a revised travel advisory issued by the Public Health Authority on Monday, no persons from Seychelles apart from returning residents are allowed to travel to China, including the Special Administrative Region (SAR), South Korea, Italy and Iran. Italy is amongst the leading markets for Seychelles in Europe.