5 women in Seychelles who have excelled in their fields 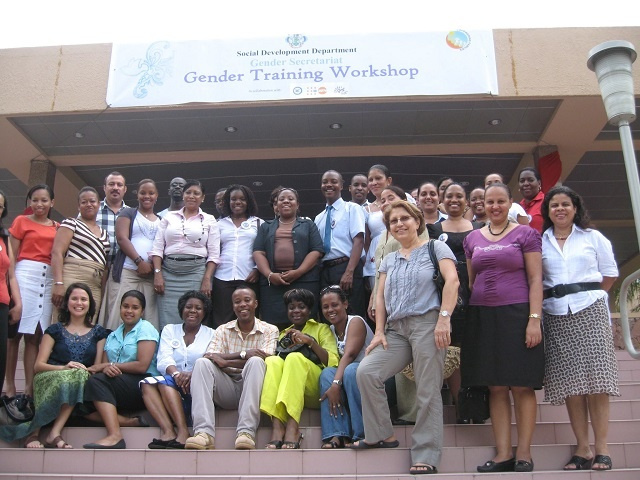 (Seychelles News Agency) - On International Women's Day, every March 8, the world recognizes the plight, contributions and achievements of women.

This week SNA presents five women in Seychelles -- 115 islands in the western Indian Ocean -- who have defied social norms by challenging stereotypes associated with roles of women and by occupying powerful positions and joining male-dominated sectors.

Promoted to lieutenant on International Women's Day three years ago, Anthony wanted to be in the military ever since she was a little girl. After completing her studies at the Maritime Training Academy she joined the Seychelles Coast Guard in 2011.

3. Lina Lawen: Aspires to be the first woman Police Commissioner.

A dream is achievable only if you believe and are determined to make it a reality. That's the belief of police officer Lina Lawen, a new recruit who aspires to be the first woman Police Commissioner in Seychelles. Lawen is the first female recruit to be voted as the best recruit since the Seychelles Police Academy opened in 1997.

4. Caroline Abel: First Seychellois woman to occupy the post of governor of the Central Bank

A holder of the first degree in economics obtained from the University of Leeds and a Master's degree in monetary economics from the University of Glasgow, Abel held several posts at the financial institution until her appointment as Seychelles' first female Governor in March 2012. She is the daughter of the late Antoine Abel, Seychelles' first playwright.

5. Mathilda Twomey, the first woman to be appointed as Chief Justice

Justice Twomey holds a degree in French Law from the University of Paris-Sud and was admitted as a Member of the Bar at Middle Temple, London, and as an Attorney-at-Law in Seychelles. She holds a Master's Degree in Public Law and has completed her PhD research at the National University of Ireland, Galway. Twomey was appointed a non-resident judge of the Court of Appeal in March 2011 and sworn in as Chief Justice in August 2015.