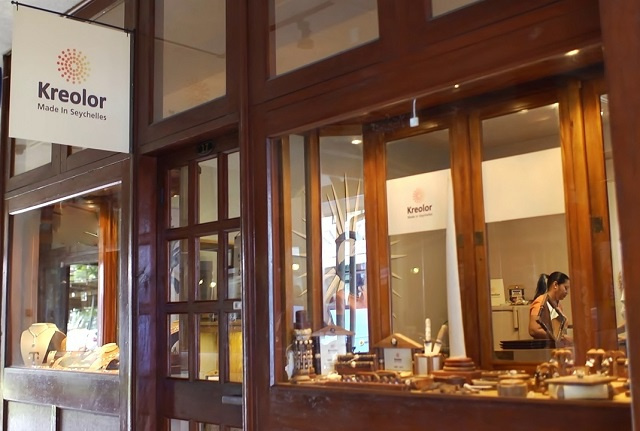 Kreolor is one of two companies that have merged and are both in the manufacturing and assembling of jewellery products. (Kreolor)

(Seychelles News Agency) - The Seychelles' Fair Trading Commission (FTC) is investigating a merger of two local jewellery companies to assess the impact that it might have on the sector, an FTC official said recently.

The senior analyst at FTC, Natasha Jumaye, told SNA that the commission's primary concern is to determine whether or not the merger of Kreolor and Flawless Seychelles is likely to substantially lessen or prevent competition in the sector or be contrary to the public interest.

The merger is an acquisition of sales and normally in that case both shareholders retain 50 percent shares, said Jumaye.

"The investigation is still ongoing and it should be pointed out that it has not been prompted because the companies have done something illegal, but this is the normal procedures we have to follow in that case," said Jumaye.

She said that when FTC conducts an investigation it "consults businesses that operate in that sector and consumers as well. We send letters to the entities to get their feedback in order for us to measure if there is an impact on them."

Under the Fair Trading Act of 2010, an investigation is necessary when any parties are involved in a merger amounting to 40 percent market shares.

"In another word, we look at big businesses and mergers that will have a major influence in shaping the market," she said and added that "for us to be able to know that we look for at the annual turnover of a company."

The two companies are in the manufacturing and assembling of jewellery products from local and imported materials, and also import finish or semi-finished jewellery.

Both companies made no comments on the investigation which they said is the normal procedure.

Jumaye said that based on the information gathered, the Commission will provide recommendations to avoid a major impact in this sector.

The Fair Trading Commission is tasked with evaluating and investigating complaints lodged by consumers in relation to the supply of services. An investigation is conducted to establish whether or not there has been a breach of the Consumer Protection Act of 2010.

According to a recent article conducted by SNA with FTC, the number of complaints dropped 42 percent in 2019 compared to the year before, but those against construction services still represented the highest single complaint category.

Supermarket in Seychelles fined $ 7,000 for selling goods past date of expiration