4 women in Seychelles who helped advance gender parity in politics 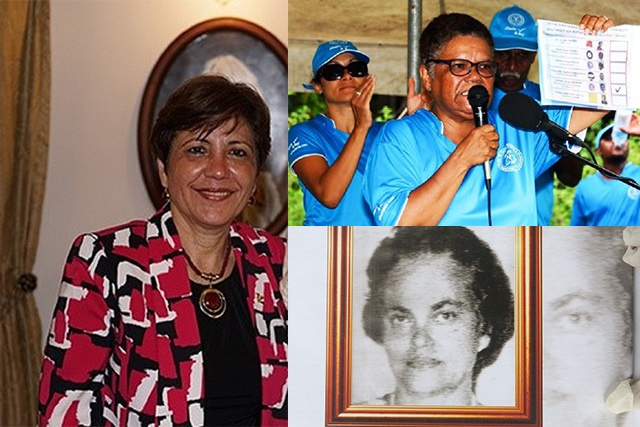 March is the month when women’s achievements are celebrated and recognised. This week SNA looks at Seychellois women and politics.

At one point the Inter-Parliamentary Union (IPU) ranked Seychelles the fifth-highest country in the world in terms of women in its parliament, with a representation of 44 percent.

SNA presents four Seychellois women who left their marks on the political scene of Seychelles – 115 islands in the western Indian Ocean.

Born on March 8, 1912, the politician was elected as one of the members of the Legislative Council in 1948 and in 1953. She formed her own political party -- “Parti Seselwa”. Stevenson-Delhomme became Seychelles’ first female parliamentarian following her appointment as member of the National Assembly in 1967. Stevenson-Delhomme died in 2001 aged 89.

Sinon was born in Kenya in 1943 to a Seychellois mother and a Kenyan father. Sinon was a politician who led the Women’s League formed in 1970. Sinon became the first female Minister of Seychelles when she was appointed Minister for Internal Affairs on 19 September 1986. Her husband Guy Sinon - a founding member of the Seychelles Peoples United Party - and her son Peter Sinon also served in the Cabinet of Ministers. She passed away on May 8, 1989.

Potter subsequently left the assembly and in 2012 was appointed as the Permanent Representative of Seychelles to the United Nations, and the Ambassador to the United States. She retired from these posts in March 2017.

Amesbury is a well-known Seychellois lawyer, politician and human rights, activist. Hailing from the second-most populated island of Praslin, in 2015 Amesbury became the first woman to contest a presidential election in Seychelles.

Amesbury is the leader of the Seychelles Party for Social Justice and Democracy which she founded. Often referred to as a human rights crusader Amesbury was in February this year elected to the African Commission on Human and People’s Rights.