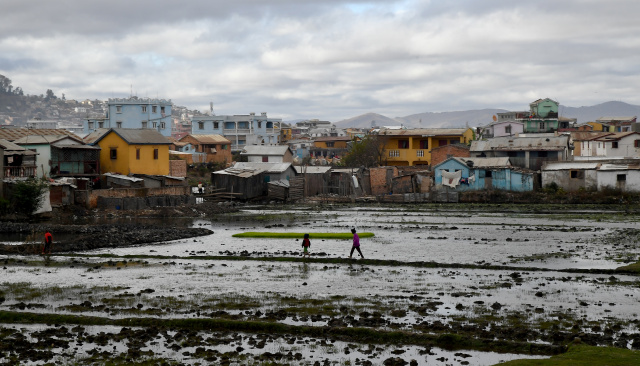 (AFP) - President Andry Rajoelina on Sunday ordered lockdowns in Madagascar's two main cities to try to contain the spread of the coronavirus across the poor Indian Ocean nation.

"From tomorrow, Monday ... everyone stay at home," he said in a televised broadcast, adding that only the capital Antananarivo and Toamasina in the east were concerned.

Any transport, except for goods, was forbidden, he added. Only stores selling vital products such as food could open for business and only one person per family could go shopping.

Banks will remain open but a curfew during night hours will be introduced, he added.

"Those who don't respect these measures will suffer severe penalties," he warned.

Madagascar, one of the world's poorest countries, has registered 12 cases of COVID-19 so far. No deaths have been reported so far.

Across the world, an estimated 900 million people are already confined to their homes, according to an AFP tally, as part of efforts to contain the deadly pandemic.

At least 14,396 deaths have been recorded since the virus first emerged in December, according to an AFP tally compiled at 1900 GMT on Sunday based on official sources.

More than 14,000 people have died, with Italy reporting the highest toll.