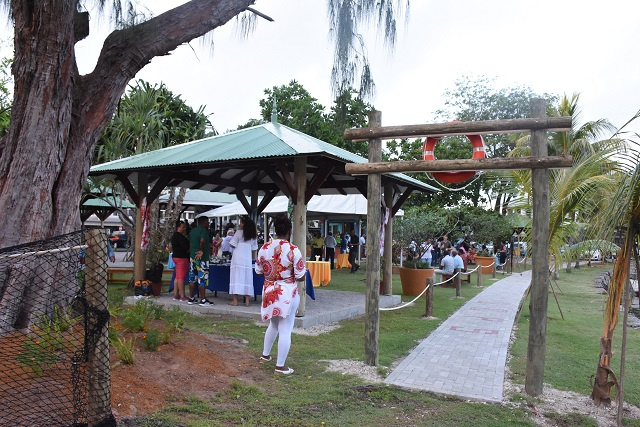 Public gatherings which previously were allowed up to 10 people have now been reduced to four persons at any given time. (Seychelles Nation)

(Seychelles News Agency) - Shops in Seychelles on Monday began closing at an earlier time and new regulations limiting public gatherings to four people also went into effect, two efforts to try to curb the spread of COVID-19 in the island nation.

Attorney General Frank Ally told a press conference on Monday that this was an unprecedented time which calls for unprecedented measures and implored the public to respect the new orders.

"We are in a situation where we are preventing public assembly because we have a public health emergency. This is not a normal situation. It is one where we have to protect ourselves and the public in general. It's not business as usual and people should understand this," he said.

Public gatherings which previously were allowed up to 10 people have now been reduced to four persons at any given time.

Faure announced the additional measures on Friday to prevent the spread of COVID-19 in Seychelles, a group of 115 islands in the western Indian Ocean.

The Attorney General said, "For the first time we are including social and physical distancing and if people do not comply then it will be an offence."

He said that for indoor public assemblies in places such as banks, workplaces, supermarket or health centres were allowed "as long as these people maintain their distance from each other and observe all the directions as stipulated by the Public Health Act on social distancing."

This he said does not apply to a household, "although the Public Health Commissioner has the power under the Public Health Infectious Disease Regulations to intervene in instances where a house is deemed overcrowded to order some people to vacate the place."

Ally added that "outdoor public assemblies for example at a bus stop or outside a bank or health centre are allowed and of course they will have to observe social and physical distancing."

To ensure that the public abides to the new regulations, the police say it has deployed over a hundred of its officers.

Deputy Commissioner Ted Barbe said that the majority of people were observing the measures in place.

He added that the police had intervened over the weekend to disperse people on beaches in the southern part of Mahe, the main island and in some areas on the outskirts of the capital Victoria.

"People need to understand that we are serious and we will disperse any grouping. If they do not respect the order, we will use all manners permissible under the law to do so," said Barbe.

The Attorney General said under the regulations, the onus was not only on the public to comply but also on the owners of the trade premises to ensure the Public Health Commissioner's directions were being observed.

Seychelles recorded its eighth positive case of COVID-19 on Saturday, a 22-year-old Seychellois who arrived in the country on March 22 from Manchester. All eight patients are receiving treatment at the Isolation Centre at Perseverance, a man-made island.

Ally said that in the event that the government feels there should be stricter measures, it could go to the National Assembly to request more drastic regulations in the interest of public health.