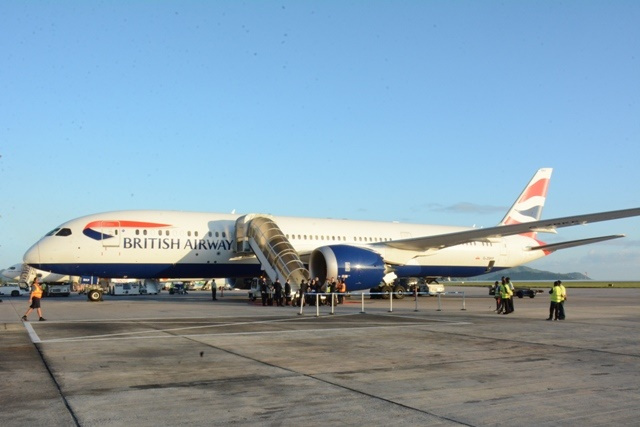 A dozen airlines suspended their flights to Seychelles during the month of March as the COVID-19 pandemic continues to affect countries globally.

(Seychelles News Agency) - Nearly 2,000 tourists opted to remain in Seychelles as airlines carry out their last flights to repatriate stranded foreigners amid the COVID-19 outbreak, said a government official.

The mostly European visitors on holiday in Seychelles were left stranded after restriction were made on international travel and numerous flights by international airlines serving the Europe-Seychelles route were suspended.

The principal secretary for Immigration, Alain Volcere, told SNA that the local authorities will accommodate the tourists who have decided to remain in Seychelles, considering that the pandemic is affecting many countries.

"Since we understand there are no flights, we have decided to facilitate their stay in the country. As it has been said, they evaluated the situation before making their decision to stay, so we are being understanding during this difficult time," he said.

The Immigration Department said there were 1,999 foreign visitors in Seychelles as of April 1.

The last chartered flight to repatriate visitors from Seychelles to Europe was on March 31. The Air Belgium flight was operated by the European Union and the French government in coordination with the local French Embassy and British High Commission.

The French ambassador to Seychelles, Dominique Mas, said an announcement was placed on their website calling on European citizens who wanted to return to their country and were having difficulties to do so, to contact their local embassies.

The French ambassador, the British High Commissioner, as well as the Honorary Consuls of Belgium and Germany, were present at the Seychelles international airport to see the passengers off.

"I would like to thank everyone for this excellent gesture of solidarity. Thank you to the teams at the Seychelles airport," said Mas in a post on social media.

The repatriation flight was done by the EU member states with the support from the EU Civil Protection Mechanism. Through this mechanism, the EU contributes to the organisation of repatriation and covers part of transport costs. The passengers were charged 750 euros per head.

A dozen airlines suspended their flights to Seychelles during the month of March as the COVID-19 pandemic continues to affect countries globally.

Since March 25 Seychelles has banned any passenger arriving from any country on airlines or marine vessels (except returning Seychellois citizens) to the island nation. All airlines with inbound flights to the country and all marine vessels are directed not to board any passengers or crew from any countries (except returning Seychellois citizens).

To date, the 115-island archipelago in the western Indian Ocean has recorded 10 positive cases of COVID-19. The patients are six Seychellois and four foreigners and they are all at the isolation treatment centre at Perseverance.