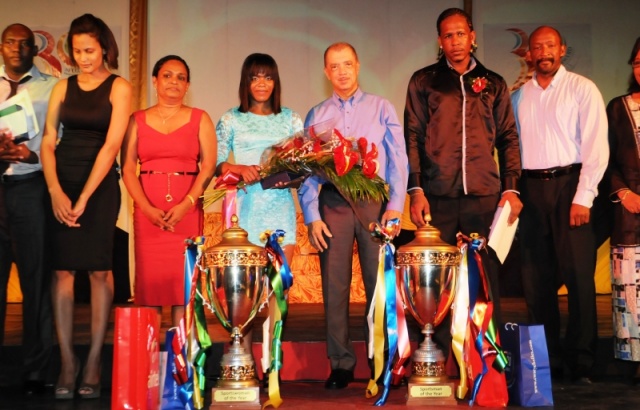 (Seychelles News Agency) - Seychelles' weightlifting and Judo federation triumphed at the 30th Seychelles Sports Award Ceremony this evening when weightlifter Clementina Agricole and Judoka Dominic Dugasse raised their trophy as Sportswoman and Sportsman of the year 2013.

The annual award ceremony is to rewards athletes from the vast sport disciplines practiced in the Seychelles.

Agricole and Dugasse are both first time winners of this prestigious award for Seychellois sportsmen and women, dethroning athlete Lissa Labiche and boxer Andrique Allisop who won last year.

After staying away from her beloved sport for two years to fight a brain tumor, Agricole made her comeback last year emerging with good results at an international competition. 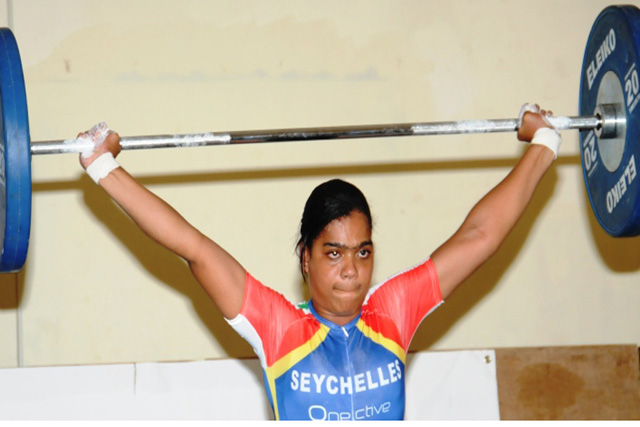 She first won a silver medal in the 58th weight class at the Commonwealth Weightlifting Championship in Penang, Malaysia and went on to win another silver medal after achieving an Olympic total of 190kg (85kg in snatch and 105kg in clean and jerk).

Agricole is the third female weightlifter to be crowned sportswoman of the year in the history of the event.

As for Judoka Dominic Dugasse, being crowned sportsman of the year is a double achievement.

He has not only won the title for the first time but is also the first sportsman from the Seychelles second most populated island of Praslin to achieve this. 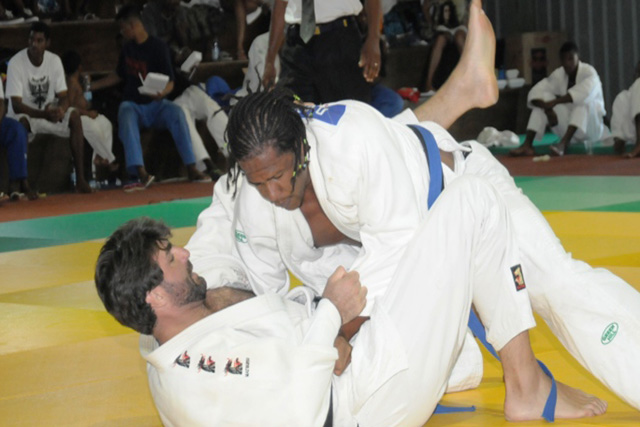 Among his achievements in 2013, Dugasse won a gold medal at the Africa Open Championship in Mauritius, in the 100kg category. He was ranked fifth in the under-100kg class at the African Senior Championship but finished seventh at both the European Cup in Germany and the Bondie Cup in France. Dominic also participated in the Grand prix in Paris, France, the World Senior Championship in Brazil and the Abu Dhabi Grand Prix where he was ranked 54th worldwide.

Addressing guests at the Sports Award ceremony the Seychelles Minister for Social Affairs, Community Development and Sports, Vincent Meriton said described 2013 as an exciting year for all Seychellois athletes at events held locally or at international level

"Let us overcome all obstacles. Use the same determination that have lead us to much success in the past so that we can gain more victories in the future," said Meriton.

The night also saw the crowning of a young female and young male athlete for 2013 as well as the presentation of prizes to several people who have contributed in one way or another towards the advancement of sports in the Seychelles.

Another Olympic qualifier for Seychelles!